A new study sheds a light on some interesting facts and figures surrounding the economic standing of Egypt's most underprivileged. 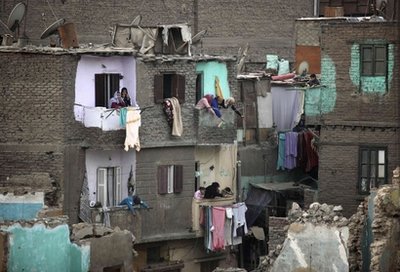 A recent study giving figures on the poverty rates in Egypt, comparing 2012-2013 to 2010-2011 shows that poverty in the country has increased, but, silver lining, extreme poverty has decreased significantly.

However, only 4.4% of the country is living in extreme poverty, which is a massive decrease from 25.2% in 2010-2011. This 4% are currently living on 214 LE a month. To out this into context, the study shows that 1620 LE is the average amount per month that a five-person family needs in order to purchase basic necessities. Imagining that there are two breadwinners in the family if both parents are working, this still only amounts at most to 654 EGP a month for a family of five, significantly less than needed.

The highest poverty rates are focused in Upper Egypt, with poverty rates there standing at a whopping 49.4%, while bordering governorates only have a poverty rate of 11.4%. The poorest areas of the country are Asyout, Ina, and Sohag, while the richest are the Red Sea, Suez, and Domyat. Interestingly enough, Cairo is notably missing from the top three areas with the lowest poverty rates.