Convicted on embezzlement charges dating back to 2001, CEO of the UK's largest supermarket chain was sentenced in absentia. 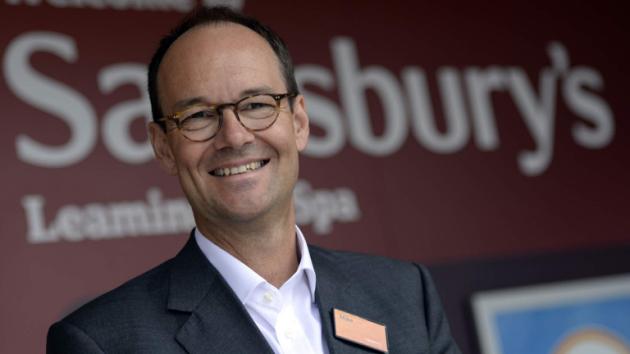 The internet is buzzing this morning with the news that CEO of UK’s supermarket chain Sainsbury's, Mike Coupe, has been sentenced to two years in an Egyptian jail.

A Giza court has convicted Coupe on charges of embezzlement after he allegedly tried to seize cheques linked to an Egyptian business that Sainsbury’s invested in 16 years ago. The court chose to hold Coupe responsible as he is the CEO and most senior employee at the company.

The longstanding case dates back to 1999 when Sainsbury's attempted to enter the Egyptian market. Allegedly, in March of that year, Sainsbury's paid £10m for a 25% stake in a joint venture with local partner Amr El Nasharty. Six months later, they further invested £40m to acquire an 80% stake. Sadly, the investment proved to be a rotten decision and in 2001 Sainsbury decided to pull out of Egypt and allegedly sold their shares back to El Nasharty who they claim paid with bounced cheques. According to a Sainsbury’s spokesperson, "Mr El Nasharty is now claiming that Mike Coupe was in Egypt in July 2014 and tried to seize these cheques."

The news was first reported by The Times and has quickly spread around the world this morning. Allegedly, Coupe travelled to Egypt on Sunday to appeal the conviction, but the case was postponed until next month.

Sainsbury's claims that they were unaware of the hearings and denied all allegations against their CEO and have released this statement;

"We are aware of media coverage today outlining a legal case in Egypt brought against our Chief Executive Mike Coupe. This relates to a historic commercial dispute in which Mike Coupe had no involvement and we strongly refute all the allegations. Mike Coupe was not employed by Sainsbury’s at the time of the original business deal in 2001 and has never met the complainant. When Mr El Nasharty bought our interest in the Egyptian joint venture we had with him in 2001, he paid us with cheques that were dishonoured. Mr El Nasharty is now claiming that Mike was in Egypt on 15th July 2014 and seized these cheques, which is an impossibility. Mike Coupe was in London carrying out his normal duties that day. In September 2014 Mike Coupe was convicted, without notice of the proceedings against him and in his absence, in an Egyptian Court. We have taken all necessary steps to appeal against these groundless claims and will continue to do so."

As it stands, the sentence should have no affect on Sainsbury's operations, and as long as Mike Coupe refrains from visiting Egypt, he should be able to avoid an Egyptian jail cell.