Parliament and the government clash over a new bill regulating NGOs' work and rights groups slam it, calling it unconstitutional. 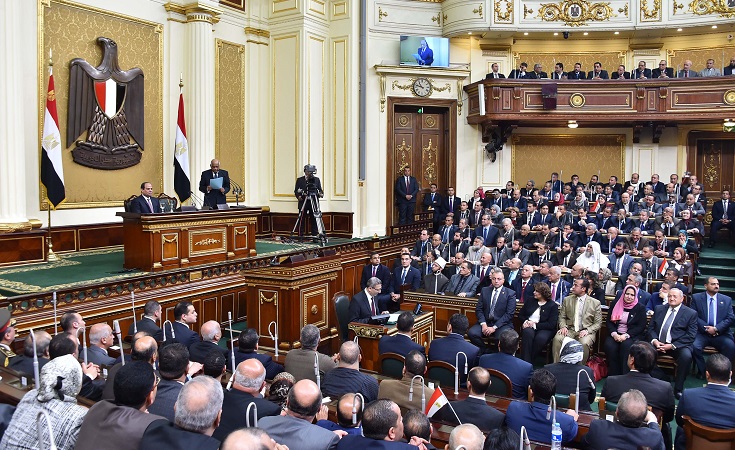 A new bill regulating the work of NGOs in Egypt has been approved by parliament on Tuesday, reports Reuters.

The bill was drafted by 204 lawmakers and was put up for debate on Monday. It is unclear, however, whether this bill would replace the one the government had been working on for the past two years to regulate the work of NGOs.

Rights groups in the country have slammed the bill, arguing that it violates the constitution. "This law is unprecedented in its repression and is the state's way of declaring war on human rights organisations," Mohamed Zaree, Egypt Programme Manager at the Cairo Institute of Human Rights Studies, told Reuters.

The bill bans NGOs from operating in fields other than development and social work; it also prohibits said organisations from conducting polls or field work without permission. The bill stipulates that Egypt-based NGOs may not cooperate “in any way with any international body without the necessary approval.”

The legislation also places foreign NGOs under the supervision of local authorities, namely an “agency that includes representatives of the military, general intelligence, and the Interior Ministry,” as per Reuters.

The bill has been sent to the State Council for review, after which it will be subject to a final vote. It is not consistent with the legislation the government had sought to pass before. Many within the country’s human rights community argue that the parliament’s version is much sterner and less compliant with the constitution’s stance on human rights.

"The government bill is liberal compared to this bill," said Zaree. "It is an insult to the constitution."

Social Solidarity Minister Ghada Waly said that the government will be submitting official comments on the law.

The bill has set fines of up to EGP 1 million and jail sentences of up to five years for noncompliance.

Unlike the bill – by which NGOs are subject to be shut down if found to be partaking in “banned activities” – the Egyptian constitution protects the right to found civil society organisations without prior authorisation.