Egyptians protestors have started using Signal, a new phone app that is said to help them find each other and communicate in encrypted form without fear of being caught by riot police. 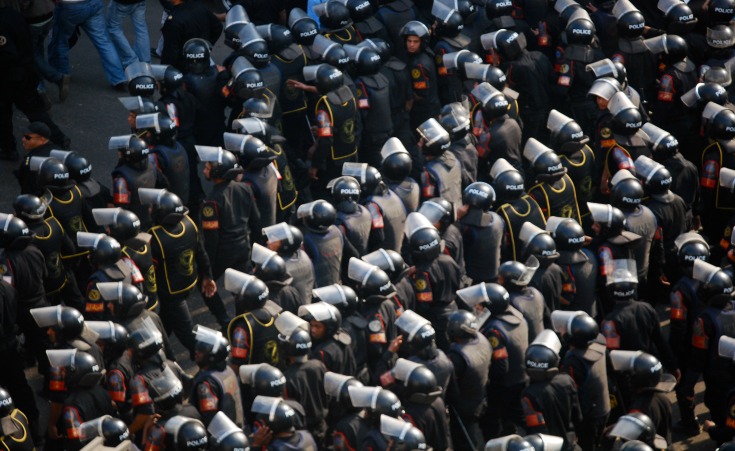 Since the revolution of 2011, Egyptian protestors have been on the hunt for new ways to protest and riot without the counter-reaction of riot police. With Facebook having been used to ‘spy’ on potential protestors and Egyptian activists, the Egyptian youth have been using a phone app that allegedly cannot be spied on for their most recent protests.

According to The Intercept’s Robert Mackey, Egyptian protestors have been using Signal in order to help them spot each other, thereby being ahead of the police and authorities trying to arrest them. This comes 10 days after the gathering of thousands of protestors outside the Journalists’ Syndicate in the city. The protestors were able to gather through a Facebook group titled Egypt Is Not For Sale, protesting the ‘sale’ of the islands to Saudi Arabia. However, the protestors were not able to access the area the same Monday and many pro-government Egyptians participated in a ‘dance party’ in said location instead.

The open-source app, which is compatible with Android as well as iOS, is almost impossible to spy on, according to The Tech Insider, and enables the users to send messages, photos, and even videos in encrypted forms to each other in an attempt to stay away from and even ahead of the riot police.

The app, however, is said not to provide complete protection for protestors from authorities, as some have had their phones searched by authorities, including scanning their Facebook and WhatsApp apps, according to Al Arabiya.

According to The Tech Insider, the app is usually used by journalists who opt for protected means to  communicate without fears of surveillance, especially when there is sensitive information at hand.