Tragedy has struck CityView compound in 6th of October as residents awoke to the news that CEO of Abu Dhabi Islamic Bank, Nevine Loutfy, was found murdered in her home. 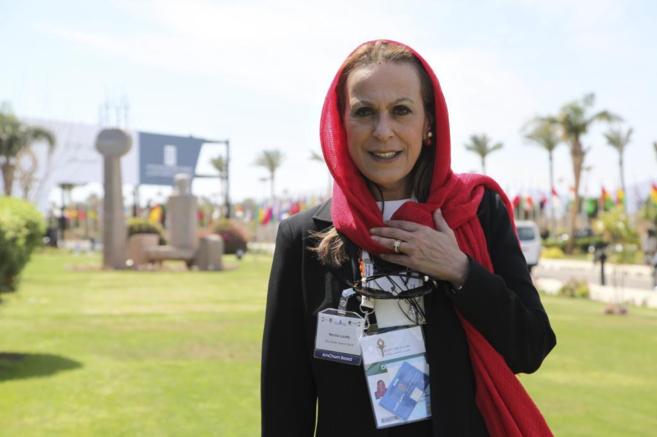 Residents of the CityView compound in 6th of October were left in shock after learning that the CEO of the Abu Dhabi Islamic Bank, Nevine Loutfy, was murdered in her home on Tuesday.

Loutfy’s banking career began in the 70s, starting out with Citibank as a Financial Analyst after graduating from the American University in Cairo with a BA in Economics. Garnering experience domestically and internationally over three decades, Loutfy’s crowning accomplishment was becoming the first women to ever head an Islamic Bank.

The 64-year-old woman is believed to have been alone at the time of the murder and is known in the community as a good citizen who comes from an upper-class circle. According to information emerging from the compound, Loutfy’s body was allegedly stabbed multiple times in what appeared to be a struggle that took place around 2 AM. There’s no evidence of forced entry, with rumours spreading that the assailant must have known her. Rumours have also emerged that a garment was allegedly discovered containing someone else’s blood. It’s believed that the murderer stole some items from the house, including her car.

Although the compound is secured with cameras on the streets, daily patrol, and security gates, the criminal managed to escape. The area of the compound where the murder took place was still under construction and security wasn’t as strong as the rest of the compound. Rumours allege that the camera at Lotfy’s home wasn’t working and neither was her neighbour’s outdoor camera.

An investigation into the murder is currently underway but no official statements have been released.

UPDATE: According to Amwal Al Ghad authorities have allegedly arrested a suspect, who was a former employee of the compound, and allege that the theft was the motive of the murder. Similar rumours have emerged on social media claiming that the suspect was arrested and was working with one of the security guards of the compounds.