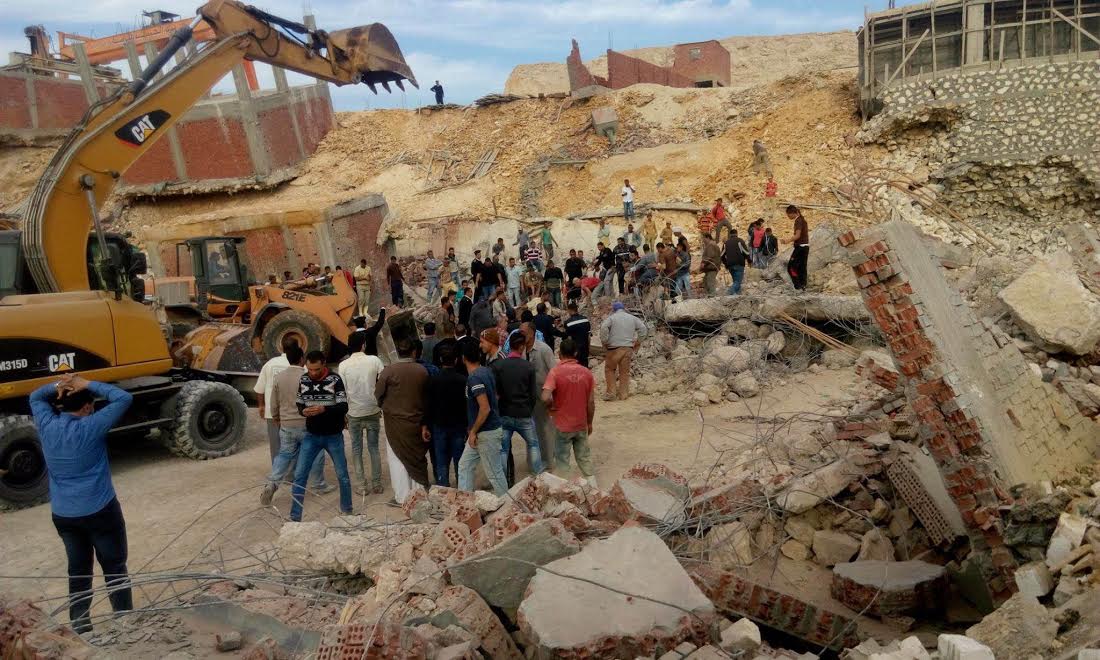 According to a Youm7 report, the Cairo Deputy Governor, Gihan Abdel-Rahman, claims that the collapsed workshops were illegally built on a rocky area, and that the government will increase efforts to remove all illegal workshops.

Aiding the search for survivors, a helicopter and crane were dispatched to the location in order to aid in the rescue efforts.

This latest collapse continues to stoke fears among Egyptians, as poor enforcement of building regulations, and lack of maintaining infrastructure, continue to regularly appear in headlines. Just last week, a bridge in Alexandria collapsed, claiming three lives, despite warnings by officials that as many as 700 bridges are in need of dire repairs.