Touted as the biggest ever Series A raised by a Pakistani startup, the investment will allow Dastgyr to launch in 15 new local markets, as well as begin international expansion plans. 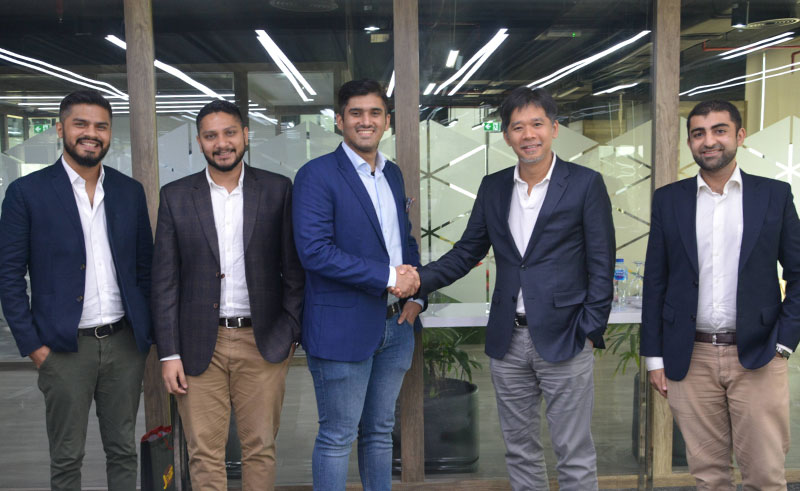 Launched by Zohaib Ali and Muhammad Owais in 2020 - at the height of the pandemic - Dastgyr was conceived as a reaction to a fragmented B2B supply chain in Pakistan, connecting retailers with suppliers, manufacturers and wholesalers.The demand-led marketplace allows retailers to order wholesal inventory, which is delivered next-day. A separate sellers app, meanwhile, allows sellers to upload products, determine pricing and create purchase orders. While Dasrgyr initially specialised in fast-moving consumer goods (FMCG), categories on the app have expanded to include electronics, pharmaceuticals, industrial goods and raw materials, and construction and building materials.

Utilising a cross-docking approach that sees goods delivered to fulfilment centres before being sorted and dispatched, Dastgyr’s asset-light model allows for the quick movement of goods and also offers Shariah-compliant lending services for both sellers and buyers, most of whom are unbanked or underbanked. With small-and-medium businesses representing around $150 billion in market value and accounting for up to 40% of Pakistan’s GDP, Dastgyr has been hailed for its efforts to provide solutions for the 2 million-plus SMBs across Pakistan.

The MENAP e-commerce sector has been in fine form in 2022, with highlight deals including Bazaar’s record-breaking Series B round worth $70 million in March, while Markaz Technologies raised a $24 million Seed round and Zaraye raised a $2.1 million Pre-Seed. Outside of Pakistan, Egyptian social commerce startup, Brimore, raised a $25 million Series A round, while Saudi dark store startup, Nana, raised a $50 million Series B. Overall, the sector experienced an impressive QoQ growth of 300%, with e-commerce investments accounting for 60% of all deals across the Middle East, North Africa, Pakistan and Turkey.

Beyond the capital, Veon’s participation in the investment is set to unlock other opportunities for Dastgyr. The Dutch firm is the parent company of Pakistani telecom, Jazz, and fintech sister company, JazzCash, both of whom will allow Dastgyr to expand their buy-now-pay-later services across the company.

Expansion is high on the list of Dastgyr’s goals following the investment, with the startup stating their intent to launch in 15 new Pakistani markets, as well its first foreign market - all within 2022. The startup will also look to introduce a wider range of fintech products, while also investing in tech and people.