It seems like the rebellion campaigners can't catch a break, with two more violent attacks on the group having occurred yesterday... 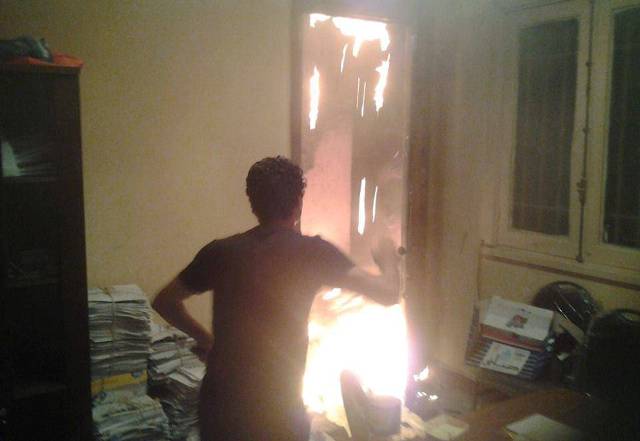 Yesterday, several more attacks occurred against the rebellion (Tamarod) campaign. Their HQ in Alexandria was pelted with Molotov cocktails, damaging and destroying some of the forms. In Qalyubiya, Islamists also attacked a member of the campaign who was collecting signatures.

We really admire the youth behind this project for not backing down in the face of violence, and we hope Mohamed who gives out flyers about shawerma next to the koshk downstairs does not get confused as a rebel campaigner.