The Evolution of Egypt's Stock Exchange: From Riches to Rags and Back Again

From little cafes in Alexandria and Cairo to astounding architectural and economic icons, we follow the rise and fall of the Egyptian Stock Exchange - the oldest in the MENA region and once one of the world's best performing - from its roots, through the Great Depression, to where it stands today. 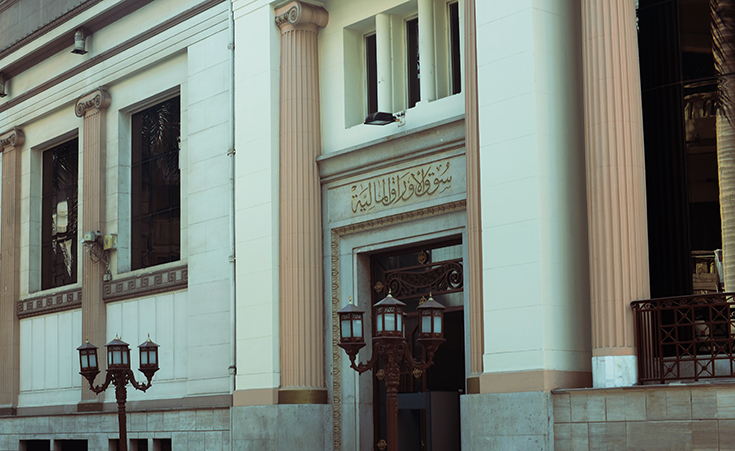 The Egyptian Capital Markets are the oldest in the Middle East and Africa, and some of the oldest in the world. Up until the 1940s, they were ranked in the world’s top five best performing bourses. The Egyptian capital market closed in 1961, after Abdel Nasser came to power. It was in the year 1980 that the Egyptian stock market reopened, when the Capital Market Authority (CMA) was formed. At the beginning it wasn’t called the Egyptian Stock Exchange; in fact, there were two exchanges, one in Cairo and one in Alexandria. They both merged later and formed the Stock Exchange we now know. Basically, at the time, it would be safe to say that Egypt’s economy was one of the strongest, thanks in part to its futures market; according to the Egyptian Exchange website, Alexandria’s futures market was one of the very first in the world and one of the strongest.

It all started at the Cafe de l’Europe in Alexandria on Place Des Consul, later renamed Mohamed Ali Square, where cotton merchants and exporters used to meet to make deals. It was in that cafe that the first deals were made for Egypt’s main cash crop and one of the world’s most lucrative commodities. The first recorded trade was made in 1885, and that marks the birth of the Alexandria Stock Exchange, albeit it didn’t have a home yet and was operating out of the Cafe de l’Europe. Every week, the cotton dealmakers waited for the newssheets to come from Europe to guide future operations – all the deals were made at the cafe.

The cotton trade expanded to include different types of cottonseeds; the market grew to a point where a need for a futures market emerged, a rare breed at the time. A futures market is basically where you can trade in goods that haven’t been produced yet, so you are buying cotton that hasn’t even been planted yet, or oil that hasn’t even been dug. Cotton growers met with dealmakers and exporters, and the growers that delivered on time were awarded the futures deals because, in the futures market, timing was crucial if a profit was to be made. Egyptian cotton was prized as the best cotton in the world, and that was because, back then, agriculture technology hadn’t yet reached the point where you can grow any crop anywhere in the world, as is the case now. Back then, every crop grew best in its native homeland, and specific cotton varieties – namely long staple Karnak and Menouf, and the short to medium staple Ashmouni, Giza and Zagora – were native to Egypt’s black fertile soil, and grew better on Egyptian land than anywhere else in the world.

The Alexandria futures market flourished and, according to the Egyptian Stock Exchange website, traders moved to their own building and called their business the Alexandria General Produce Association (AGPA). They created this business for trading in cotton, cottonseeds, and cereals on the spot and in future markets. Later on, in 1899, the AGPA moved to a stunning new building, since then known as The Bourse in Mohamed Ali Square. It became a famous city landmark, featured in city guides, books, and postcards. The old location became a bank and later transformed into the Top Hat nightclub.

Our beloved city’s own bourse had similar beginnings. According to the EGX website, it started in Cafe New Bar, where dealers and merchants met to make deals on cotton, other commodities, and company securities. The Cairo financial elite were reminded by their leader, Monsieur Maurice Cataui, that Cairo must follow Alexandria and have its own bourse. At the time, the number of limited liability companies reached 79 at a net capital of 29 million pounds, making it very hard on the city’s financiers to conduct their business on sidewalks or inside coffee shops. Thursday the 21st of May, 1903, an ad hoc committee, presided by Maurice Cattaui Bey, scouted the old location of the Ottoman Bank on Maghraby street (now Groppi Adly branch) as the temporary headquarters of the incorporated Bourse and Banking Company of Egypt Limited, a.k.a Bourse Khediviale du Caire. The Cairo Bourse moved several times before settling in its present abode. Drunk on success and growth, the financial community was overly excited. It was well known that, when the Cairo and Alexandria exchanges were lumped together, they formed one of the world’s top five exchanges. The country’s economy was doing great – Cairo’s bourse alone had 228 listed companies with a combined capital of 91 million pounds, the headquarters on Maghraby street had served its purpose – it was time for some swank. The new headquarters was planned to be stunning, but, in the blink of an eye, the mood changed, and what had begun with a real estate boom in Egypt ended in the financial fallout of 1907 – known in the media at the time as the Panic of 1907, or the Knickerbocker Crisis.

The Knickerbocker Crisis is known to be caused by the failed attempt of the United Copper Company to corner the copper market in the US. In short, this event led depositors to ask for their money from the banks, a run on New York’s banks that nearly ended Wall Street at the time. Some historians say that the fallout started in Egypt, in July of 1907, due to spiralling speculations; eventually a run on a bank, the Cassa Di Sconto in Alexandria started the crash of 1907. Many other Egyptian banks followed and folded up due to large speculations on debt. The fallout soon reached Japan, then Germany, and Chile, before reaching the rest of Europe and the US. A year and a half after Raoul Brandon was awarded the contract to build the bourse that never was, the Cairo-based firm of Edward Matasek and Maurice J. Cattaui - with participation of Ernest Jasper - was commissioned to build the new Exchange building. It was a magnificent building decorated with Hermes Masonic busts and ornate stucco; the best-looking building - now its the Abu Dhabi Islamic Bank - on the street that was renamed Share'a El Boursa El Gedeed (New Bourse Street). Cairo finally had a real trading floor, with a gallery overlooking the floor for the public to watch the trading. It was the year 1928, a year before the Wall Street Crash - which lead to the Great Depression - that the Bourse moved to its current premises on Sherifien Street. An art nouveau building with neo-Doric colonnades, it was designed by George Parcq, the designer behind many of Downtown’s best-looking buildings, like the Sednaoui department store, which is built on the location of the coffe shop where the first meeting of Cairo’s speculative traders was held. Monsiuer Cattaui died in 1924; the first promoter of the Cairo Bourse would be happy to know that the bourse now resides on part of what had once been his own palace. In its former glory, Cattaui Palace once extended from the National Bank of Egypt all the way to Midan Soliman Pasha – now known as Talaat Harb square. To this day, the Bourse is flanked by two streets – one of them is called Moussa Cattaui Pasha. Before shutting down in 1961, the Cairo and Alexandria Bourse, which were already merged by then, were listed fourth in the world. Now, The Egyptian Exchange’s former glory is being revived. In 2014, Egypt’s EGX 30 listing (the top 30 companies listed in the Bourse) came third in the top five best performing stock markets in the world. According to Bidnessetc, Egypt's EGX 30 Index in 2014 came in third place, ahead of India’s S&P BSE Sensex India in fourth place, and Pakistan’s KSE 100 Index in fifth, falling behind Qatar's QE Index in second place and Dubai’s DFM General Index taking first. The Egyptian EGX 30 - which is the Cairo and Alexandria bourses combined - is one of the most diverse stock market indexes in the world. It has companies from many different sectors offering a multitude of products and services, both locally and internationally. All factors and potential for growth are present, and it looks like Egypt’s stock markets are doing pretty well in light of surrounding socio-political circumstances. It is great to know that Egypt is one of the region’s leaders in modern finance, and one of the world’s first countries to have its own bourse.