An anti-Islamaphobia initiative calls on members of other osctracised communities to help out. 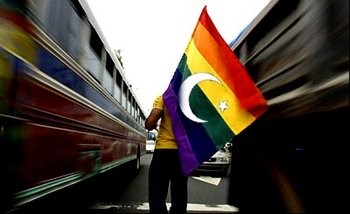 UK Muslims are hunting down members of the country's gay and Jewish communities - and asking them for help in fighting right-wing extremists. MAMA (Measuring Anti-Muslim Attacks), a UK-based hotline that helps fight Islamophobia is recruiting senior figures from the gay and Jewish communities to send out a message against all forms of intolerance.

The hotline which is designed to help victims and measure the level of anti-Muslim attacks in Britain, has invited outspoken gay activist Peter Tatchell to become its patron. Meanwhile the group is also expected to name Richard Benson, a former president of the Community Security Trust (CST), a Jewish organisation that battles anti-Semitism, as the group’s joint chairman.

The stunt has angered many hardline traditionalists in Britain's Islamic community while the group's founder Fiyaz Mughal has faced being ostracised by fellow Muslims. An anonymous leaflet under the banner “Muslim Community Alert” was circulated to mosques and other Muslim communities criticising the initiative, claiming it “exposed its reformist agenda” and it had “overstepped its stated remit.”

But Mughal was quick to silence his detractors, claiming to represent the 'silent majority' of UK Muslims. He said: “We’re clear. If you are homophobic or anti-Semitic, you can’t campaign against anti-Muslim prejudice. The two things just do not go together. If you’re an intolerant figure against someone else, you can’t then cry wolf when something happens to you. We’ll stand against intolerance in all communities. The leaflets suggest I’m trying to change, that Islam is under threat, and that just plays into a deeply corrosive narrative.”

The move comes just weeks after firebrand Muslim preacher Mohammad Naseem, the chairman of the huge Birmingham Central Mosque, likened homosexuals to “compulsive murderer[s],” “gambler[s]” or “pedophile[s],” adding that gays in Muslims countries should “respect the law and control their desire.”