For two weeks starting Tuesday, UberBOAT will take you anywhere in the city for the discounted price of 80 pounds on a speed boat that holds up to four people. 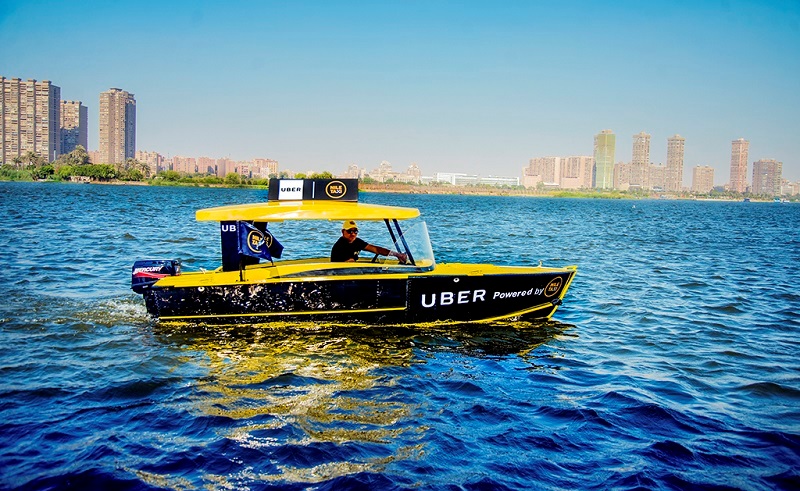 After revolutionising the commuting experience in Cairo for years now, and practically making Cairenes feel like they have their own private chauffeurs, Uber has set out for yet another breakthrough which will take place on the city's lifeline, the river Nile. For two weeks starting Tuesday, Uber will be teaming up with the rather upscale Nile Taxi to bring us UberBOAT, giving Cairenes their own private speed boats to take them all around the city. Another commuting revolution?

Imagine instead of being locked up in Cairo's mentally draining half-a-day rush hour, you could be at your absolute chillest watching it all from a distance on a fast boat making its way through the majesty that is the Nile. With 7 docking stations covering Zamalek, Maadi, Giza, and Downtown, you would basically get anywhere on the map in around 20 minutes or less, with the longest ride from Maadi to Boulaq taking only 25 minutes. The promotional price is discounted at 50%, a fixed rate of 80 pounds for any boat ride, which can take up to four people.

All you need to hop onto this one-of-a-kind boat ride is tap UberBOAT when you're 15 minutes or less from one of the docking stations, which are located at TGI Fridays' and Platform in Maadi, Le Pacha, Tagdeif Club, and Seqouia in Zamalek, TGI Fridays' in Giza, and the Nile Towers in Boulaq. You could also hail your boat from Downtown's docking station in front of the Four Seasons.

So go ahead and make your plans with confidence that you'll make it on time and in style, because for the next couple of weeks, the streets can't hold you back.