Why Legalising Hash Could Save Egypt

As the debate of whether or not hashish should be legalised in Egypt reaches prominence in public discourse, we take a look at the pros of legitimising an indulgence many Egyptians already partake in. 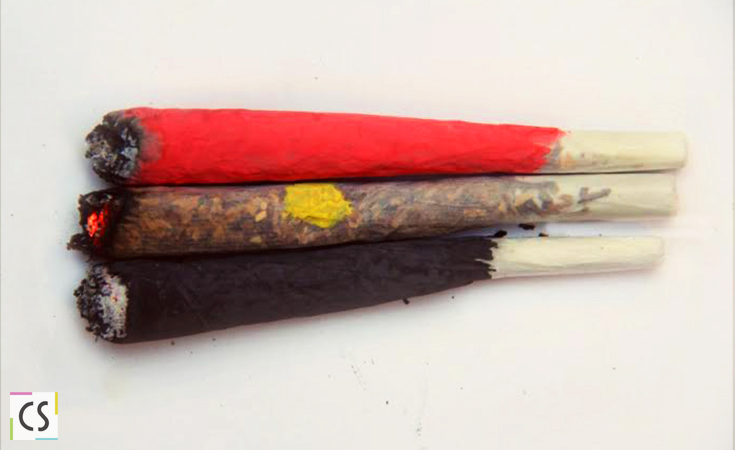 On Sunday we shared the information that Osama Salama, head of the Cairo and Giza Tobacco Traders Association, called for the legalisation of hashish in order to help Egypt’s economy. Instantly the call was met with thousands of supporters, and the likes on the article we published reached over 29,000, who we assume are people that agree.

Realising that the suggestion was going viral, The Drug Control and Addiction Treatment decided to strongly criticise the proposals claiming the legalisation of hashish poses a serious threat to Egyptian society. Looking to stoke fears Mahmoud Saleh, a researcher at the Drug Control and Addiction Treatment Fund stated that “the call to legalise hashish in Egypt is a joke.” Trying to bolster his statement the researcher alleged that 86% of rapists and 23% murderers are hashish consumers. The fund suggests that hashish was a major cause of road accidents in Egypt in 2014, claiming the lives of 12,000 people releasing statistics conducted in November 2014 claiming that 24 percent of drivers in Egypt drive under the influence of drugs.

Since this story has sparked a national debate, we decided to compile the case and provide the evidence that dispels the misconceptions associated with hashish, while hopefully proving that the legalisation of hashish would greatly benefit the nation.

Prohibition is Not Working

Mahmoud Saleh believes he has made a strong case against the legalisation of hash. However, the numbers he suggested can be used to argue for the legalisation. If one-quarter of drivers is under the influence of hash, then couldn’t one argue that the war on hash has clearly failed. At the same time any number released by authorities are often met with scepticism, as we still haven’t figured out how to accurately count the number of victims in a tragic event, or even how many people were actually protesting during the uprisings, so believing that the numbers provided are the truth is hard. At the same time the numbers released on criminals killing under the influence begs the question; were their crimes spontaneous? Were they on other drugs? The real misconception is the belief that somehow hash makes you aggressive when it does the opposite. In 2010, researchers at Harvard Medical School suggested that some of the drug's benefits may actually be from reduced anxiety, which would improve the smoker's mood and act as a sedative in low doses. In high doses, they argued that it could make you paranoid, but paranoia and aggression are two completely different emotions and would make you more likely to hide than kill.

It's no secret that Egypt has a variety of expensive and grand ideas for its future, while somehow dealing with the massive debt incurred during the last 4 years of turmoil. Needless to say, we need money and legalising hash could be the answer. In America, the state of Colorado decided to legalise the medicinal and recreational use of marijuana bringing monthly state revenues in the millions per month. In just the month of January in 2014 the state pulled in nearly $3.5 million in pot-related tax revenue. They made so much money that voters approved a law last year that requires the first $40 million collected from the special excise taxes to be directed towards school construction, revitalising the state public education system. Funding public education remains a problem, and using the sale of hash can be used to improve a variety of institutions, while helping to balance the budget.

If you told global pot heads that they could smoke hash at the Pyramids while listening to Dark Side of The Moon, you would see tourist numbers surpass what Egypt was attracting before its revolution. There are plenty of reasons to visit Egypt, but if tourists were allowed to purchase hash legally they would likely choose to come here before visiting another Arab country as it signals to the world that authorities are reasonable and more relaxed on hash use, choosing instead to focus their time on catching the real threats to tourists...Terrorism. The legalisation of drugs in Amsterdam is one of the cornerstones of its tourism market. In 2008 a study suggested that foreign visitors to the city’s coffee shops spent €140 million (approximately $170 million) annually in other businesses. This is not an isolated case as the same boost is being noticed in the state of Colorado. However, when the city of Maastricht banned foreigners from purchasing marijuana from coffee shops, an explosion of street dealers took their place, leaving many to come for a day purchase marijuana in bulk, and leaving without spending money in other businesses.

Decrease Criminal Income While Providing a Safer Product for Consumers

Saleh seems worried that the legalisation would cause more criminals when in reality it would just decrease the massive profits they make. They don’t seem to have a problem selling, so why leave them to make all the money. The money these people raise are more likely to end up in the hands of criminal organisations or worse terrorists groups. With no regulation, and a failure to prevent the sale of hash, too many dealers choose to add chemicals to their hash to make them more potent. The reason for this is that marijuana is not cultivated properly decreasing it potency. Hash is derived from marijuana, but since it is so weak chemicals and drugs like Tramadol are added to make it seem comparable to the hash imported. There is no way of knowing what chemicals have been added, and if the government legalised hash they could make sure that what they sold was safer to consume than what is already widely available on the streets while curbing the import of drugs into the country.

Saleh released shocking numbers to suggest that hash is a major cause of road accidents, however, A new study from the National Highway Traffic Safety Administration in America finds that drivers who use marijuana are at a significantly lower risk for a crash than drivers who use alcohol. At no point does this number reflect how much hash was found in their system, which is important as one could imagine taking too much of anything can alter our ability to drive.

The truth is that roads are simply not safe. How many of those accidents are the result of poor road construction? How many are due to traffic laws not being enforced? The driver license test in Egypt is a joke, and its failure to keep unsafe drivers on the road continues to plague the country.

As it stands only 6% of studies on marijuana analyse its medicinal properties. Despite the low number of research, there has been plenty of evidence to suggest that their plenty medicinal purpose in using marijuana. The two active chemicals believed to have medicinal applications is Cannabidiol (CBD) and Tetrahydrocannabinol (THC). Marijuana has been proven to help treat and prevent the eye disease glaucoma, which is an increase of pressure in the eyeball. According to the National Eye Institute: "Studies in the early 1970s showed that marijuana, when smoked, lowered intraocular pressure (IOP) in people with normal pressure and those with glaucoma." These effects of the drug may slow the progression of the disease, preventing blindness.

Whereas cigarettes are legal, known to cause death, and undeniably impairs lung function, marijuana has the opposite effect. a study published in Journal of the American Medical Association in January 2012, show that marijuana does not impair lung function and can even increase lung capacity.

A 2003 study showed that marijuana can prevent epileptic seizures. The study suggests that tetrahydrocannabinol (THC) can control seizures by binding to the brain cells responsible for controlling excitability and regulating relaxation. This has also been proven to be an effective treatment for those who suffer from Dravet’s Syndrome, a severe seizure inducing disorder.

Several studies suggest that CBD may help  prevent cancer from spreading. The study, published in the Journal of Molecular Cancer Therapeutics, suggest that CBD stops cancer by turning off a gene called ID-1, which is believed to be copied by cancer cells more than non-cancerous cells, helping spread throughout the body.

A 2006 study in the European Journal of Gastroenterology and Hepatology found that 86% of patients using marijuana successfully completed their Hep C therapy, while only 29% of non-smokers completed their treatment, possibly because the marijuana helps lessens the treatment's side effects. This more evidence then Egyptians were presented with when medical authorities decide to declare that Egyptian scientist had found the cure for Hepatitis C.

The list of believed benefits could go on forever, which is amazing considering that only 6% of the research has been into its health benefits. Not convinced here is are a few more studies showing helping treat: Alzheimer’s disease, Multiple Sclerosis, Inflammatory bowel disease, Arthritis, Stroke Recovery, Nausea, just to name a few.

We totally understand if you disagree, however, feel that there are enough reasons to merit a debate. If you feel strongly one way or another please leave your comment below.