Ahead of their Cairo Jazz Club debuts, we chat to Asem Tag, AKA $$$TAG$$$, and Nader Ahmed of Void to find out what to expect. 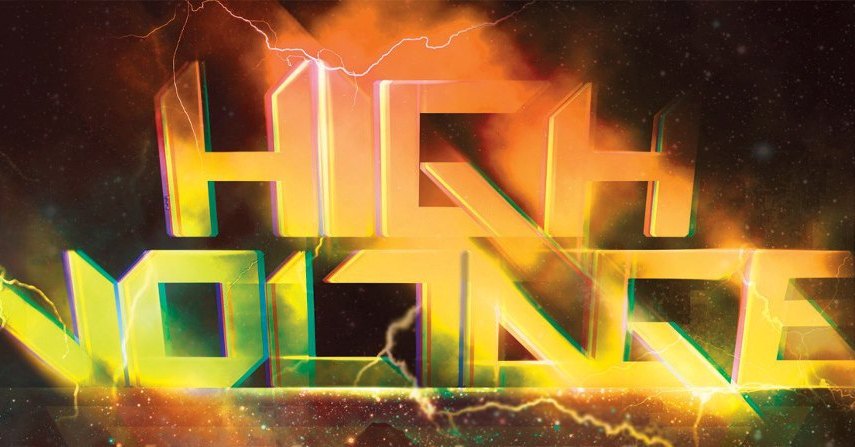 Cairo Jazz Club is turning things up with High Voltage, a night of epic electronic music on the 7th of May. After a week of chilling (sort of) by the beach through the Spring Break, it might be just what you need to get some electricity in your veins and movement in your body once again. To kick things off, CJC will be hosting the debut of $$$TAG$$$, AKA Asem Tag, who we can only assume is very rich or is really into dollars. Perhaps he is a collector of rare coins. Maybe he'll be throwing dollar bills into the crowd as he plays. One can only hope. This is his first solo project after touring Switzerland as one third of Techno outfit Vent, as well as playing alongside ZULI as Wonderful Morning. He’ll be joined by indie duo Nader Ahmed and Youssef Abouzeid who make up Void, who also debut at CJC on this night with what we’re hoping are nice sounds that get us out of khabt mode and into some pleasant existential thoughts whilst subtly nodding our heads on the dance floor. Electronic wizard NEOBYRD headlines the night and will hope to spread a bit of his synth bird flu to all those clever party junkies who make it. We decided to get to know TAG, sorry, $$$$$$$$$$$$$$$$$$$$$$$$$$$$$$$$$$$TAG$$$$$$$$$$$$$$$$$$$$$$$$$$$$$$$$$$$$$$$$ and Void a bit better ahead of their debuts…

What do you try to fill your void with?
Anti-matter.

Is Void trying to bring Indie back into the music scene here?
We are not trying to change anything, like with my previous band (Feed Me!), guitars are always a big part of what we do.

Like Samson, does the source of your talents come from Nader's hair?
It is just an outfit. If you are a salesman, you'd feel more comfortable if you are pitching in an Armani suit.

Who are your main influences?
Sonic Youth, Joy Division, Deerhunter and a little bit of Radiohead.

What can we expect from your performance at CJC?
Some really bad vocals.

(Before we began, Tag gave us a disclaimer: “If it’s not all in there just the way I said it, I'll sue your punk asses. I called my lawyer and he said if you misquote me, I could sue you for half your bizness, then I'll turn it into a company that prints board game money called MO-MONEY.”)

How much money do you have in your pocket right now?
Roughly 27 stacks. Some of it is in my socks though, so let's call it 20.

What are the similarities between you and Jenny from the Block?
Our profound admiration of Ben Affleck.

Why do you love Techno so much? It scares us...
Techno is real. It's mechanical, glitchy, unpredictable and sometimes perplexing, like the human condition. It's more honest and real than all the happy-for-no-reason, feel-good uplifting-Vocal Trance House, euphoric shit. I'm supposed to play to get gigs and get my $$$. I can't listen to some bitch singing some shit about the moon and the stars or finding love in the soundwaves. How do you find love in a soundwave? I'm going to play House at CJC, but it’s a bit different than what you'd normally hear on a night out in Cairo.

Is it true that you're a robot designed by ZULI as a front for ZULI for when ZULI is tired of being ZULI?
He told me he loved me and that if I pretended to be a robot and front for him, I would go places. But he's only using me for my money. I found out the hard way. I drew a self portrait and some dollar signs on 2 separate pieces of paper and left them on the table. He took the latter.

Which music playing humans have you been listening to most recently?
The new James Blake has been on my playlist a lot. A lot of Dance music from all over the place too. I've been obsessed by Boddika and anything related to him and Nonplus for a while now and I’m also into everything Pearson Sound and Hessle related, The new Toro Y Moi is cool. There's a lot of great music every year and a lot of fresh, new artists and it’s hard to list them all. How To Dress Well's Total Loss and Holy Other's Held are still the most frequently played albums on my music playing software though, I just can't get over how honest and heartbreaking these two albums are. We also blast Biggie and Ninth Wonder at the crib daily when we do our swimming in a pool of money routine. Dollars are really good for your skin. Also listening to a lot of new Hip Hop, curated by ZULI and SleepyMoe, a name you should look out for in the next couple of months. I also listen to anyone that wears their socks up and women who rap about their pussy.

Can we expect eclectic, dance-inducing beats that will have all the beautiful people on their feet all night long for a high-octane night of amazing mash ups at CJC?
I've never heard the word octane used anywhere outside of a gas station. Did you guys invent this new usage of the word octane? Do you consider yourself high octane? Do girls like high octane or low octane? Where would you place Wally on the octane scale? I'm gonna play a totally fresh new set, all the tracks are Deep house remixes of Mogwai's Happy Songs for Happy People. It’s really happy music, I think the beautiful people of CJC will have a blast.

You can book for High Voltage with $$$TAG$$$, VOID and NEOBYRD at Cairo Jazz Club on Tazkarty.net here