Amie Sultan Is About To Take Sahel By Storm 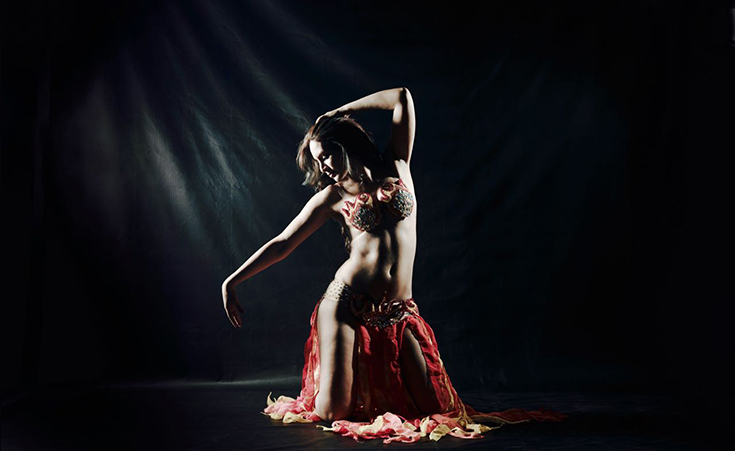 It’s no secret that the party scene in Sahel is intense; you walk in the venue wearing a glamorous dress, sexy heels, chic burgundy lipstick, with a stylish hairdo, and you see the lights flickering, the speakers pumping, and people dancing like there’s no tomorrow. However, you wouldn’t be at a party if they didn’t start playing shaabi music and eventually introduce an Egyptian artist to the stage – after all, that’s everyone’s favourite part of the evening, right? Then comes the best entertainment of the night: a beautiful toned belly dancer. People often think that belly dancers are just there to entertain, but belly dancing is quickly becoming a form of self-expression. Amie Sultan boldly broke that stereotype and has quickly become one of the best there is in the business. With perfectly swift and seductive movements, it’s no surprise that she was a ballerina in the past; performing in Moscow, Munich, and several other countries before taking over the Egyptian spotlight. What's she up to now? She's performing at 6ix Degrees this summer at Shik Shak Shok night among many other fabulous venues. “My costumes this season are completely different from what people have previously seen; the themes are all about nature, wilderness, birds, flowers, and butterflies,” Sultan reveals. “Every show will feature a special surprise,” she adds.

You have to admit, her confidence shines and she instantly connects with the crowd. Though we can’t compete with her, sometimes we get too excited and instantly want to getup on that stage and dance next to her, but we snap back to reality and realise we don’t have the skills – or the body – for it. We get a little jealous sometimes, but we still can’t wait for the rest of her performances around Sahel.