Another Historic Breathtaking Video From Space

For the first time in history, a company has captured video footage of the exact moment in which two rocket stages separate in space, from outside the rocket itself. 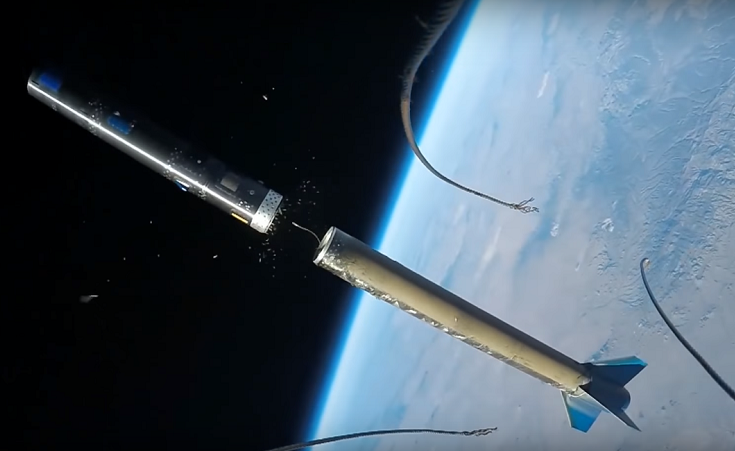 Humans have been fascinated by space for as long as history has been recorded. However, at no point of in our history has mankind ever been gifted with such amazing high quality pictures and videos of what our universe actually looks like. Capitalising on the increased quality of pictures and videos, NASA has been captivating audiences with pictures from space almost on a weekly basis.

This week a video has gone viral after being captured aboard the UP Aerospace, showing with mind blowing clarity a multistage rocket separating in space. “Successfully executed a mission for NASA to deploy the Maraia Earth Return Capsule. The mission reached an altitude of 75 miles above Spaceport America and landed 30 miles down range on White Sands Missile Range. The mission was UP Aerospace’s 10th SpaceLoft rocket launch and the first deployment mission,” explains a statement released by UP Aerospace.

If you love space then this may just be the best video from space you will see this week. Beautiful and breath-taking, we honestly can’t get enough of these pictures and videos, and eagerly await the next otherworldly view to be released online.