Public language schools have one year to adopt the Arabic curriculum. 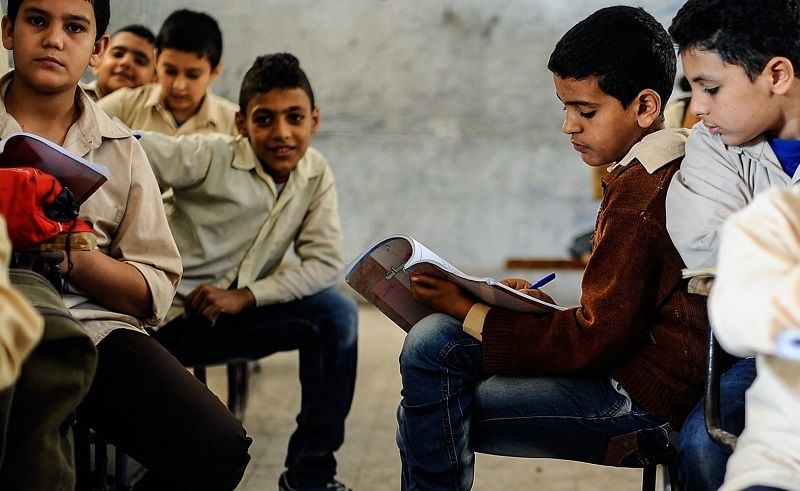 News on Egypt's new education system have kept parents and students busy for a few weeks now. After details of the elaborate system became public, some aspects of the system, which is to be implemented starting from next semester, stirred controversy and incited backlash against the Education Minister.

The debate began when the Education Minister Tarek Shawky announced that governmental language schools (Experimental Schools) will cease to exist, as reported by Al Masry Al Youm. Shawky detailed that curriculums like Mathematics and Sciences will be taught in Arabic in the first six years of education throughout the country's national schools, while English will be confined to being taught as a second language during the same phase. The first preparatory year is when the teaching language in Mathematics and Science will switch to English.

"There's nothing such as language schools in a country which is seeking to establish its own identity," said Shawky to CBC's talk show Hona Al Asema. "Those protesting against making Arabic the official teaching language are protesting the state's official policies," he added.

The minister further defended the new system by saying that as it stands, students are bad at both Arabic and English, and the way to build up a sense of a national identity is through the language. "You don't see French students learning Mathematics in any other language than French," he elaborated. "Students can still learn such subjects in English at private schools. However that will merely be for social prestige, but it won't be of any value [learning in English] when the new system is applied."

He added, "as for those who want to get a French education, go live abroad."

It's worth noting that the new system will not be applied to students currently enrolled in public schools, but rather will be applied starting next year on first-graders to avoid confusing current students who got used to the current system.