The Puskas Award, the only one of the prizes to be voted for by the public, will determine "the most beautiful goal of the year" and one Irish woman's impressive shot has caught our attention. Watch it here... 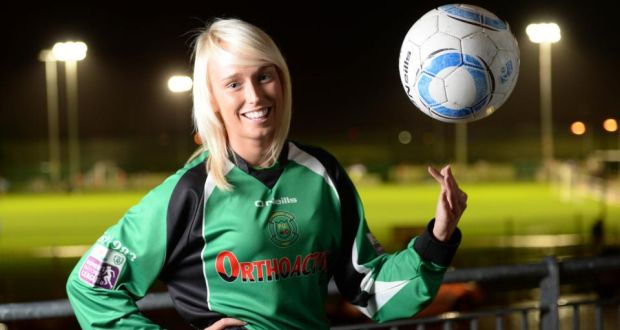 For the first time ever, yesterday's announcement of the highest honours in football included a woman to be nominated for the FIFA Puskas Award, a category in the coveted race for the Ballon d'Or. Every year, the best players and coaches are honored in FIFA's most prestigious award. The Puskas Award, the only one of the prizes to be voted for by the public, will determine "the most beautiful goal of the year." However, never before has a nomination included a goal scored by a woman.

The nomination of Irish national player Spephanie Roche who maneuvered the ball into the net in an extraordinary way when Peamount United played Wexford Youths in Ireland on October 20, 2013 is standing out from its competitors despite the fact she is the only woman nominated in the bunch. Seldom has a woman shown so much skill and precision to score a goal. She will be going up against footballing big shots James Rodriguez and Robin Van Persie whose goals have captivated billions during the FIFA World Cup this year, yet we believe her impressive performance has potential to take it all in the ceremony on January 12th, 2015.

Photo courtesy of The Irish Times