Battle of the Camel - the Game

Bored of Angry Birds? Why not play a bit of angry protesting instead? 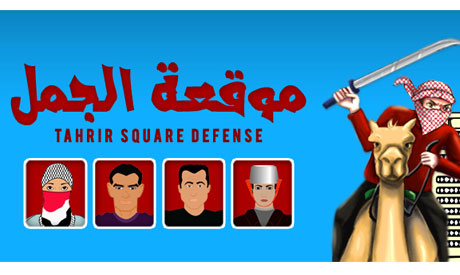 Alkottab, an Egyptian games development company, have created a tower defence game to mimic the events of the Battle of Camel when protestors were attacked by thugs and, obviously, camels.

The developers nobly claim that the game will give users a glimpse into want happened and how the people bravely stood their ground against the thugs.

"We believe that games and cartoons are not only for entertainment, but also for delivering high values like changing people perception to problems and raising nation causes in the heart of the youth [sic]," reads the company's website.

The game provides cartoon visuals of the iconic square, and also includes real sound recordings from Tahrir and politicians' speeches during the early days of the revolution.We at CairoScene can't wait for the sequel where people stand up to the Ihkwan attack of peaceful protestors at the Presidential Palace.