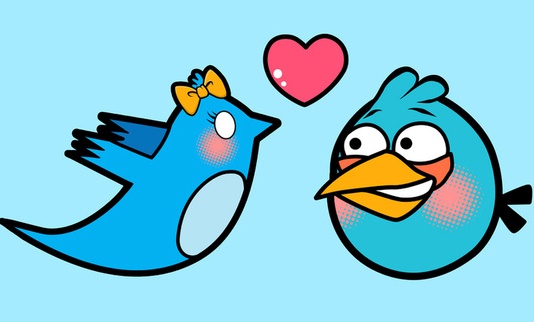 Every once in a while, the internet surprises us, and coming from us, that’s kind of a big deal. Last week, we came across an unsuspecting Twitter handle, @BDEgypt, that turned out to be pretty much the most social thing we’d ever seen on a social network. BD stands for ‘blind date’. A group of anonymous guys and girls are helping lonely tweeps find love in a 140 characters or less, setting up users with one another for just 30 LE. We were intrigued, so we spoke to the crew behind @BDEgypt to find out more.

“Online blind dating is no different to offline blind dating,” says a BDEgypt spokesperson. “Since we’re experiencing a new era in Egypt, we think that many services that are usually considered ‘weird’ or socially unacceptable might find unexpected success. Egyptian minds are thinking differently lately, and they are getting free from many dumb traditions that our society is suffering from.” Pretty serious stuff, huh?

With over 23,000 active members off and online, the secret society of casual daters is growing day by day. “We’re focusing a lot on the Twitter community right now, as they are different and represent a category of Egyptians that are more open-minded and willing to try new experiences,” says the spokesperson. “Girls on Twitter are bold, classy, smart and have their own style. Male tweeps are also smart, uncommitted to Egyptian traditions and are generally over-thinkers that enjoy the variety and lack of boundaries on Twitter.” BDEgypt also claim that the Twiterati (those with tens of thousands of followers; the Twitter-famous, if you will), are getting on board after some scepticism. “Deep down inside, loads of people are dying to try it and meet new people through it. When they do, they come back and look for more dates.”

So how does it work? “We follow people who follow us, and if we think they’d make an interesting date, we ask them questions about  themselves and what they’re expecting from their date. Age, character, looks, interests. We inform them of our payment methods and subscription plans -  30 LE for a month, 45 LE for three months (special limited-time offer!), 120 LE for six months and just 200 LE for a year. We don’t proceed with the matching process until the user has paid, to make sure they’re serious,” they explain. Passing the scrutiny of the screening process might be tough, but once you’re accepted, it couldn’t be easier: they’ve set it up to function like a real business, and you can pay for your subscription at any shop that shows the Fawry symbol.

Once you’re all signed up, they’ll put you in contact with the best matches available on their database. The BDEgypt team encourage you to keep in touch with them during and after the date and inform them immediately of any troubles or safety concerns. If a complaint is filed against any member, they are immediately removed from the database, though the team says there have been no incidents thanks to their strict screening. Interestingly, but perhaps unsurprisingly, BDEgypt has had a large number of gay, lesbian and bisexual Egyptians signing up for their services, and they’re welcome to: “We offer them same service we do to straight members. Everyone is free to make their choices and we’re interested to help them find dates,” they assure. Unconcerned with religious inclination too, although they sometimes ask about it when they think it’ll help find the perfect match, BDEgypt is a breath of fresh air when it comes to social norms AND social media.

Still sceptical? “A lot of people still think it’s a joke, or worse, a scam, because of the low price. However, we have thousands of satisfied customers and we are getting a lot of new members daily which is very helpful. As long as numbers increase , the chance of finding them the perfect match will increase. So, Egyptians wake up, free your minds and spread the word. You are all welcome and we will help you get satisfied instead of acting like animals in the streets and harassing each other.” We couldn’t have said it better ourselves.

To join Blind Date Egypt, follow @BDEgypt and get in touch with them!