Blurr & Back2Basics Are Bringing Something Big To Sahel

Two party behemoths are on a mission to own the Sahel party scene this summer...

For the past couple of years both Back2Basics and Blurr have become Egypt's most popular parties. They're packed with great crowds, the music is always stellar and the vibes electric. Sahel season comes along and every organiser and their cousin is vying for attention, splitting up the migration of fun-time aficionados. So instead of competing, Ismail Kassem of B2B and Coco Mokhtar and Abou Samra of Blurr will come together to run a new venue in Marassi called Club Central in collaboration with experiential marketing giant AAPIC and operations by Ziad El Kerdany. So far the team behind the club have promised us something unlike Sahel has ever seen before.

Pioneers in the entertainment and event marketing business, AAPIC have been in the biz since 1983 and are the people who brought Gypsy Kings to Egypt, as well the organisers behind the yearly mammoth furniture expo Le Marché. They are also the masterminds who introduced the very concept of a Ramadan kheima to Egypt, kicking off a yearly trend that's become an essential Egyptian staple. Their partying credentials are just as impressive; they were the very first people to bring legendary decknician Nick Warren to our fair nation. Speaking of teaming up with the party mavens behind Blurr and B2B, AAPIC General Manager Malak Fayez tells us, “They are both incredibly good at what they do, so we think the fact that they're teaming up will prove to be an amazing collaboration. They form a good union because they complete each other.”

The club will feature four themed nights including Brooklyn Club Central (Hip-Hop), Retrospect (00s), and Pop Cabaret (Oriental), with their final one, a House night titled Hybrid, set to be the place to party on a Thursday night. With these boys' track records for bringing in the best and biggest names in the business we're in no doubt Cairenes will be scrambling to finish off work early on a Thursday to make the migration north. Offices across the country will be abuzz with the sounds of Club Central's headliner sets. If glow sticks needed cleaning they would be hung to dry the night before. This venue is the antithesis to the typical, sterile clubs that have inhabited Sahel over the past weeks and years where everyone is there to simply be seen; Club Central is meant to be a place where nothing is seen, eyes are closed, and the party is felt!

We had the boys come in and chat about their big plans this summer. 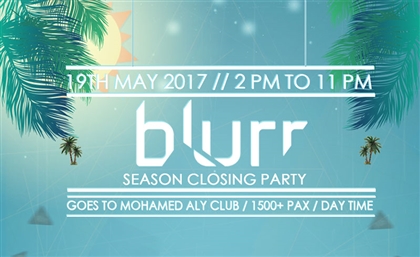 We'll be sure to get that last minute festival feel at Mohamed Aly Club on May 19th. [...] 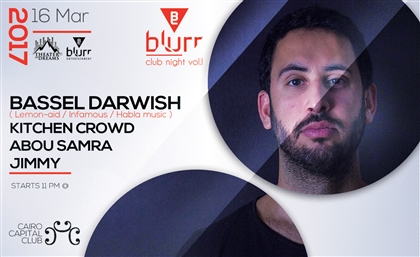 Blurr and TOD are joining forces next Thursday to debut their new Club Night Series [...] 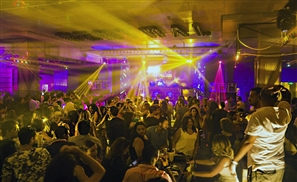 Remix the Rules at Club Central with Mathias Tanzmann 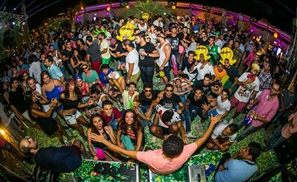 El Row is Coming To Cairo!

After blowing our minds with a massive bash in Sahel last year, Blurr Cairo are [...]
Week Month Year