A massive statue was just found in a Cairo neighbourhood of Matareya, and this might just be the discovery of the century! 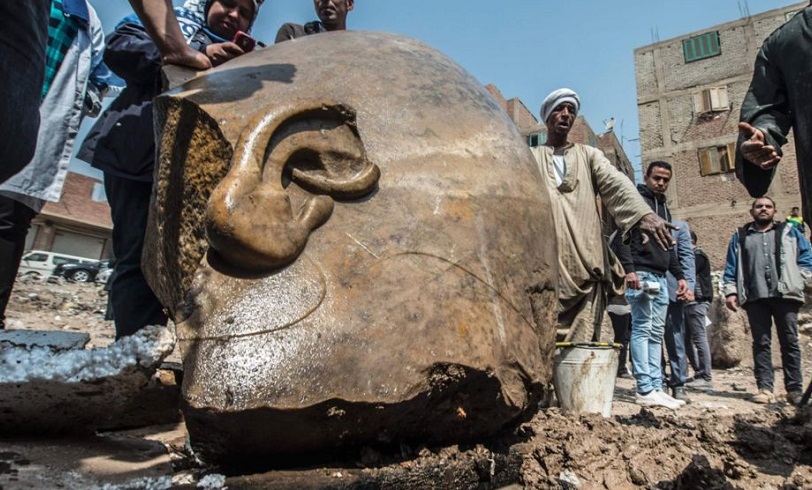 Archaeologists have just come across an eight-metre statue, submerged in a muddy ditch, in Cairo’s Matareya neighbourhood, according to Sky News.

Discovered near the ruins of Ramses II’s temple in the ancient city of Heliopolis, the Antiquities Ministry is calling the find one of the most important discoveries ever "Last Tuesday they called me to announce the big discovery of a colossus of a king, most probably Ramses II, made out of quartzite," said Antiquities Minister Khaled al-Anani while he posed for pictures. Ramses the Great was the third of the Nineteenth Dynasty of Egypt and ruled in 1279 BC. His palace was in what is modern day Heliopolis. "The sun god created the world in Heliopolis, in Matariya. That means everything had to be built here. Statues, temples, obelisks, everything," explained al-Anani.