Egyptian authorities have taken into custody crocodile poachers, having caught them mid-operation in Lake Nasser, Aswan. 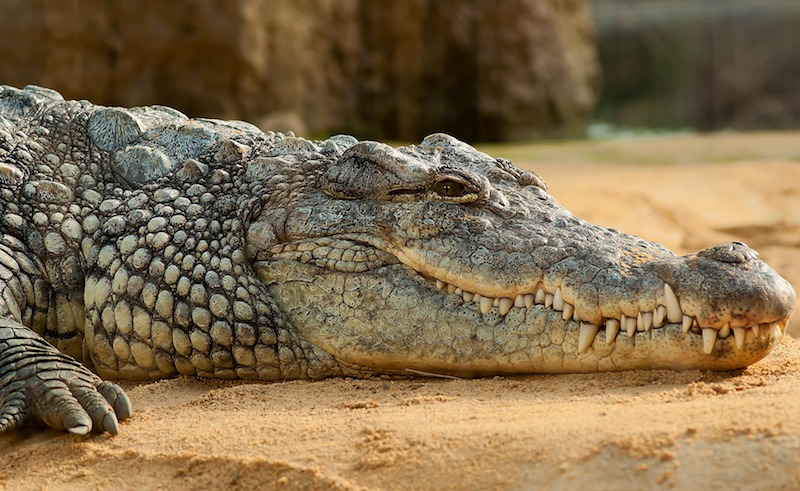 In a successful attempt to prevent one of the biggest illegal trafficking stings from taking place, Egyptian authorities intercepted a boat carrying 13 pieces of crocodile skin on Lake Nasser, Aswan as reported by Al Arabiya, on Monday.

Skin taken from three unspecified wild animals was also seized on the private boat transporting the illegal products. The perpetrators were caught and detained by the authorities after the Aswan Reserves were notified of a crocodile hunt taking place in Lake Nasser. This is the largest batch of illegal animal skin to be apprehended, in Egypt. It is not, however, the first time Egypt has witnessed illegal animal trade within its borders. As per a government announcement made in 2016, a crocodile plantation was discovered in Egypt. Believed, to have come as a result of economic exploitation, the plantation sees the export of meat and leather intended to be transformed into bags and expensive shoes.

Despite several laws banning crocodile hunting - specifically within Lake Nasser - the country has seen an increase in the number of hunters and poachers since the revolution, according to The National Geographic.

Undeterred by animal protection laws imposed by the government, the sale of small crocodiles is still present within markets in Egypt, namely the Tunisian market in Souq Sayeda Aisha in Cairo.

The crocodile population - which was already on the decline between 2008 and 2009 - has further decreased between 2015 and 2016 as stated by Amr Hady, a researcher in the Crocodile Management Unit of the Egyptian Environmental Affairs Agency.