Mohammed Elewa decided it's now or never, packed up and head out to cycle from Egypt to Sudan and back. 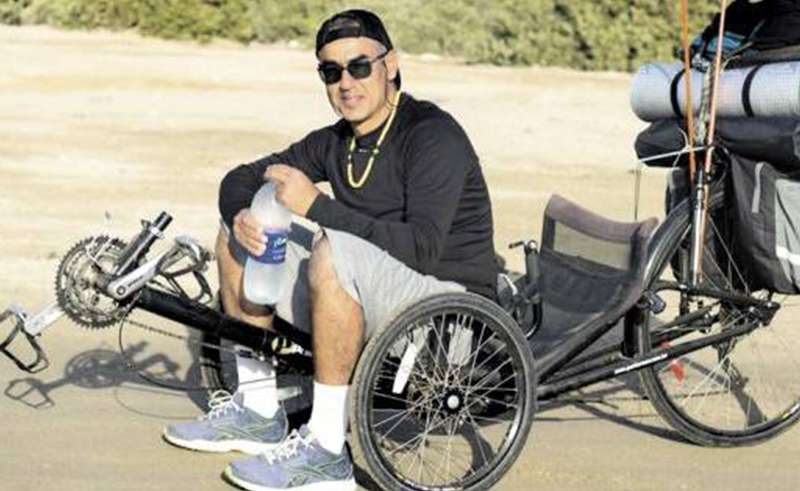 50-year-old Mohammed Elewa is the Egyptian man who stuck a middle finger up to father time and decided to cycle 3500 KM from Egypt to Sudan and back, according to El Watan News. This is one Egyptian who believes you’re never too old to chase after your dreams.

So far, Elewa has covered 2200 KM, with the remaining distance being that of the route back to Egypt. For Elewa, it was a “now or never” sort of mentality that pushed him towards the challenge.

Having already travelled within different regions of Egypt by bicycle, Elewa went on to participate in a cycling race in Morocco in 2017. “It was after my trip to Morocco that I realized that I wanted to see the world. I wanted to go to Malaysia, Vietnam, Indonesia, and Spain. Then I thought to myself, why go so far? I’ll start with Sudan,” explains Elewa.

An advocate of travel and wildlife, Elewa started planning for the trip at the end of last year, taking into account all the necessities required for the cycling adventure. He says that this is the biggest challenge he's ever faced.

The toughest part of the trip for him was in crossing parts of Aswan where he had to cross 350 KM with absolutely no services or network, after which he spent a night in the desert. “I was so proud of myself for overcoming my obstacles,” says Elewa of the experience.

The Egyptian cyclist explains that the reaction concerning his arrival in Sudan was divided, with some Sudanese locals welcoming him warmly, and others claiming him to be a mad man.

Elewa hopes to break records by traveling to more countries on his bicycle, and dreams of one day climbing the highest mountain in the Middle East.