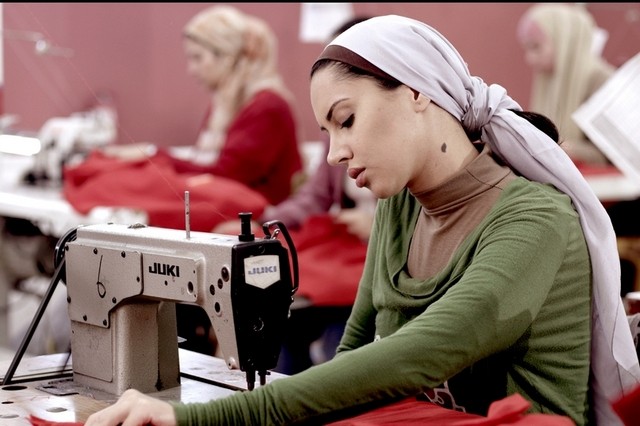 Egypt has thought long and hard about what film best represents this country for the Oscars, and this year our official selection is Factory Girl directed by Mohammed Khan.

Making its world premiere at the Dubai International Film Festival last December, Factory Girl opened to rave reviews and garnered a best actress win for the film's lead Yasmin Raeis. The romantic melodrama is set in modern-day Egypt, where a young factory girl, Hiyam, falls so strongly in love with her supervisor that she hopes it can break their class division. Released across the Middle East in April, the film is one of the few local independant films to find success at the box office earning over $250,000 in the region.

Last year, Egypt selected Ibrahim el-Batout's Winter of Discontent as its official nomination in the category of foreign films. Sadly the Arab Spring drama starring Amr Waked didn't make the final shortlist. Despite the loss, Egypt had much to celebrate last year as the country received its first ever Oscar nomination for Jehane Noujaim’s The Square. Even with great reviews and global success it still lost out 20 Feet From Stardom, but still remains the closest Egypt has ever come to winning.

Hopefully Factory Girl will be able to surpass this mark and give Egyptians something to be proud of this coming February. Final nominations will be announced on January 15th 2015.