Egypt is Getting a New Sound & Light Show at the Pyramids

The famous audio-visual presentation at the foot of the Pyramids and Sphinx is being renewed, as Egypt makes a $50 million deal with a French company. 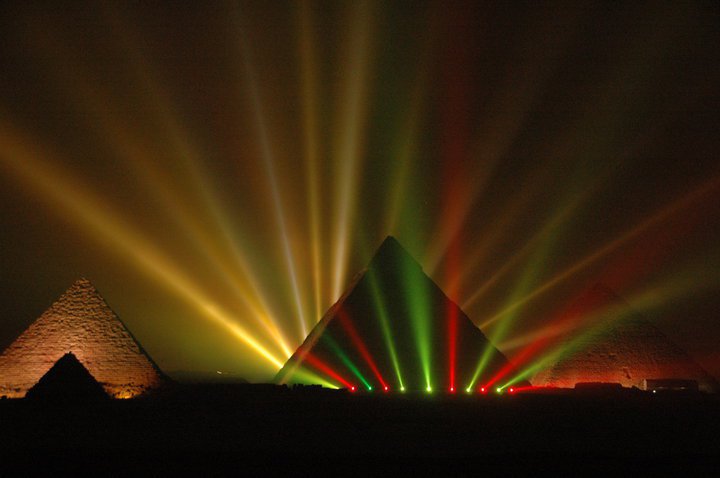 Good news: Egypt's totally outdated Sound and Light Show, the famous audio-visual presentation, retelling the story of ancient Egypt at the Pyramids of Giza is getting, a face-lift. It's about time. The light seems more like an after-hours party at a laser drowned Bamboo nightclub on the Corniche, and the sound is much like a commercial on MBC - stunning you with its high volume out of nowhere and never quite in context with its content.

Bad news: Apparently, as Egyptians who built the Pyramids, which are in Egypt and inseparable from our identity, we apparently cannot renew the show that illustrates our rich past. The French have got to do it.

Egypt’s Holding Company for Tourism and Hotels and France’s Prisme have signed a $50 million deal to develop the new Sound and Light Show.

The project is expected to attract 10 million tourists annually, andl generate revenues worth $200 million within the upcoming 20 years.