The attacker's bombs failed to detonate in an attack on US soldiers. 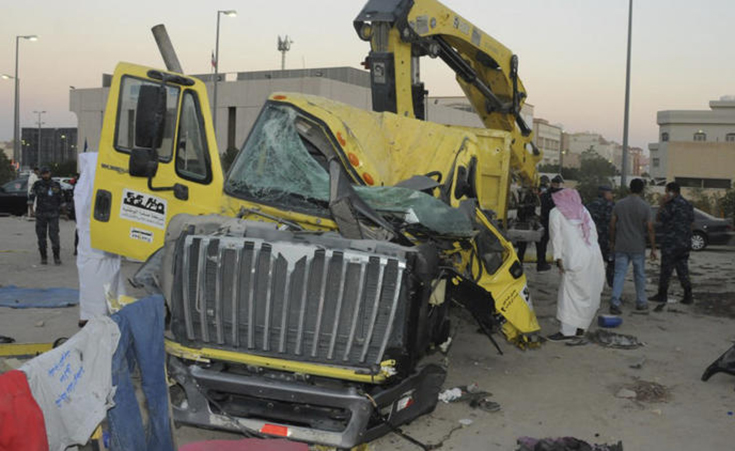 An Islamic State allegiant Egyptian citizen in Kuwait rammed a garbage truck full of explosive into a vehicle carrying five US soldiers on Saturday only to injure himself in the process with his targets walking away unharmed, reports Associated Press.

The suspect, Ibrahim Sulaiman - as identified by Kuwait News Agency (KNA) - was photographed in a hospital bed with a black eye and is reportedly suffering multiple fractures and injuries. This marks the first time the Islamic State has attempted a terrorist attack targeting US troops in Kuwait and it comes as the country's authorities are bolstering security measures ahead of the Shiite commemoration of Ashoura (the remembrance of the death of the prophet's grandson Hussein at the Battle of Karbala in present day Iraq).