We don't know about you, but we've seen a bunch of London-style, double-level buses roaming the streets of Cairo. We speak to CEO Mostafa Abdallah to find out more about the terrific mode of transport. 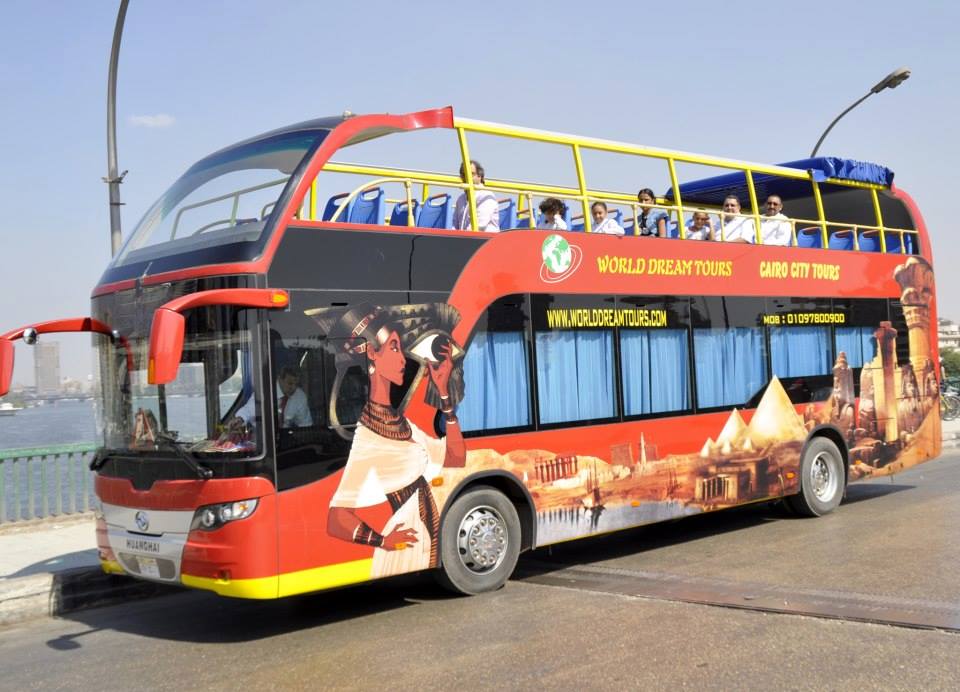 Have you heard of the double decker tour bus circulating Egypt yet? It’s first of its kind in the country, and has been operating for two years, mostly in Alexandria on a route on the Corniche and from Anfoushi to Montazah for just 5LE, as well as being around other touristic resorts such as Hurghada. Most recently though, the double decker was spotted around central Cairo. The open-top, red double decker is a carbon copy of the Hop-On-Hop-Off tour buses in London and other cities in Europe, only equipped with air conditioning and free Wi-Fi on over 25 buses circulating the country. Those available in Cairo go around the Egyptian Museum, Tahrir Square, Al-Azhar Park, Tthe Citadel, Giza and The Pyramids as well as other famous sites, and are accessible to locals as well as visitors, costing tourists $10 and Egyptians LE20. “It was mainly an initiative to facilitate touristic transportation,” says CEO Mostafa Abdallah whom we had a chance to speak to. “The Cairo Double Decker city bus will hopefully be open in the future for public use and transportation. At first we even went around sporting clubs such as Gezira, El Shams and The Shooting Club in Mohandessin, but now our focus is on summer time where we run bus events and road shows. But we don’t work during the winter much, we’re hoping tourism picks up; it all depends on the country’s situation really.” This is practically one of the most exciting transportation news we’ve heard as of late, although it’s been around for some time, whether for touristic or advertising purposes; promoting for liberal El Nahar TV Chanel, Resala, Beyti and Lipton have all customised buses to promote their brands. Will the double decker city bus continue roaming within the obscurity of on-and-off tourism? Or will circumstances soon allow it to maximise its potential by becoming a prime facilitator to the city’s public transportation services? One thing’s certain; it’s one hell of a concept and service! We’re hoping it develops further with the stabilising of economy and tourism and becomes open for more tourism and public use. Stay tuned for more information!