Awkward laughter filled the internet as the world reacted to Hesham Mansour being cropped out of his selfie with Angham and Mona Zaki. It gets even more awkward. 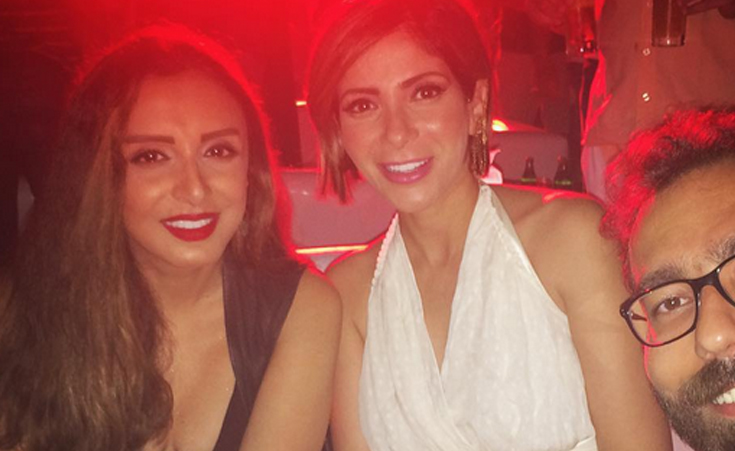 Let’s break it down for you: you’re at a party in North Coast, you casually spot Mona Zaki hanging with Angham, and you just HAVE to get a selfie. You head over there, bond with the starlets, snatch the selfie - and what do you know! - Angham asks you to send it over to her. You get excited, and just a little nervous. You send it to her, along with pictures of yourself with your mother, and possibly a bunch of your cats – or at least that’s what we think Hesham did which might be why Angham later posted the selfie, except it seems that Hesham is nowhere to be found! Coming down with a curious case of the crops Heshoz? Take a look at the original picture below:

Wait, here's the right one.

And then legendary funnyman Mohamed Heneidy jumped in! Here's what he had to say. Henedy 1 – Angham 0

Here’s what Hesham had to say about the whole thing. No hard feelings?