Hooray, Shut Up Your Mouse Obama Woman Is Back!

She's back and has found her spot on the big stage... 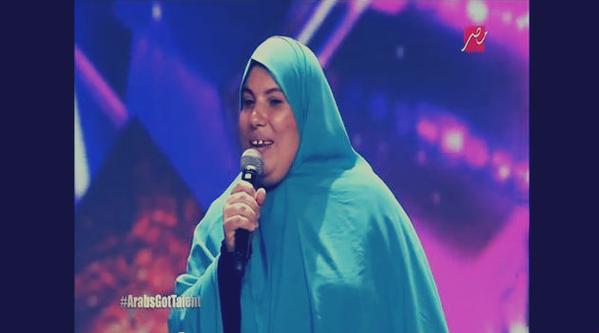 2015 is off to a good start! Rejoice people of Egypt, because "shut up your mouse Obama" woman is back on our TV screens. Watching Arabs' Got Talent last night, we were delighted to see a familiar face take the stage and display some extraordinary talent. And FYI, we deserve a psychic medal because we totally predicted this... sorta.

Only one month ago, we predicted that Muna Al-Beheiri, more commonly known as the woman who shut up Obama's mouse, would audition for The X Factor UK to become the next big thing and break the internet as a result (find proof here). She chose Arabs' Got Talent as the stage of choice instead of X Factor, and we have yet to see if she will #breaktheinternet now that she has taken her talent to the big stage, but we were pretty damn close! It will come as a surprise to nobody that the talents she was sharing with the world are her mad English skills.

After an initial struggle to find her right place on the stage, Al-Beheiri spoke for the "Egypsian beople" and demanded for Obama to stop controlling the world. Her display of astonishing talent wasn't exactly met with rave reviews, and she received the Xs of the panel, which lit up in red within seconds. We believe her message had potential to win the contest. If only she was given more time. She could have elaborated on her love for President Sisi, her hatred for ousted President Morsi and, of course, President Obama interfering with the "X a Factors" of Egypt.

Thankfully, Al-Beheiri doesn't need the glory of a mainstream TV program as she has already become a celebrity in her own right. Recently, she has taken her message to the UAE and she has traveled widely as a popular (bilingual) motivational speaker.