A camel spotted his ex-owner during a parade in Saudi Arabia recently, greeting him with a hug even though they had been separated for for seven months. 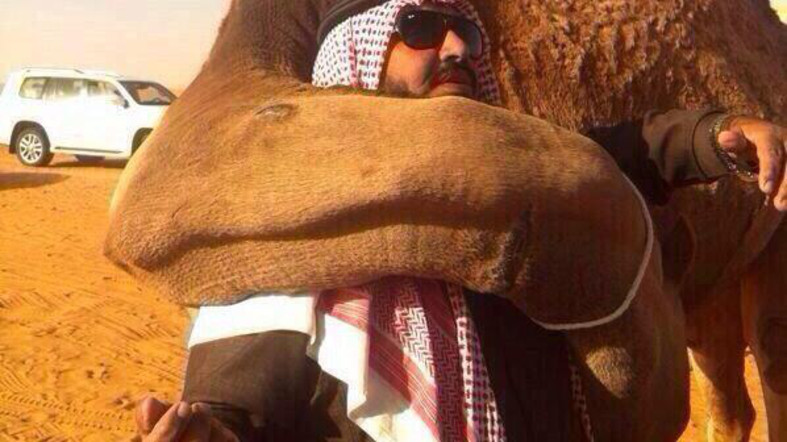 Like the awkward ex who still wants to be 'friends' or that distant relative you barely speak to, sometimes an unexpected meeting can be downright unsettling. And you can almost feel the awkwardness when this camel identified its previous owner during a parade in Saudi Arabia this week.

The camel then embraced the man by wrapping its neck around him and restfully closing its eyes.....weird, huh? The Saudi owner had sold the camel seven months ago, and frankly had moved on - but the animal was still able to single him out from the crowds.  The man, Mohammed bin Shouishan al-Sabaii was checking out the talent at a local camel parade when his former four-legged friend heard his voice and approached him to give him a hug.

Al-Sabaii said: “I was attending a parade for the camels of Sheikh Abdelmohsen al-Rajehi whom I sold my camel to around seven months ago. While I was talking with some friends, the camel heard my voice and made its way among the cars that separated us. Once it (reached me), it wrapped its neck around me. This brought back memories of how I used to feed her bread.”

However the big-hearted camel lover wasn't completely heartless towards his former partner in crime. He added: "Such animals are not merely a means of transportation, adding that “camels are very loyal, and this is one of the many blessings of God. Some think certain animals like dogs are loyal in their nature (and the same) goes for camels as they are (loyal too) and they never forget.”

Let's just hope his new squeeze doesn't get the hump...