In their latest social media propaganda, ISIS has been caught out using images from pornographic films and labeling them as the depiction of the rape of Sunni Muslim women. 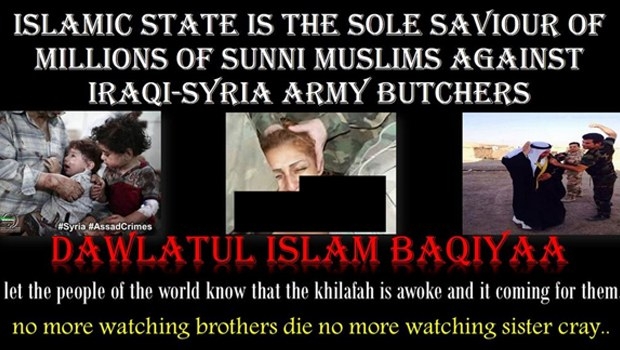 The offensive and misleading poster has been circulating around social media accounts affiliated with ISIS, proclaiming that they are “The sole saviour of millions of Sunni Muslims against Iraqi-Syria army butchers.” The propaganda poster depicts images of Sunni Muslims being mistreated by military fatigue-clad man, going so far as including a picture of a woman seemingly being gang raped by uniformed men. Under the graphic images, the poster tries to recruit potential followers calling for “no more watching brothers die no more watching sister cray [sic].”