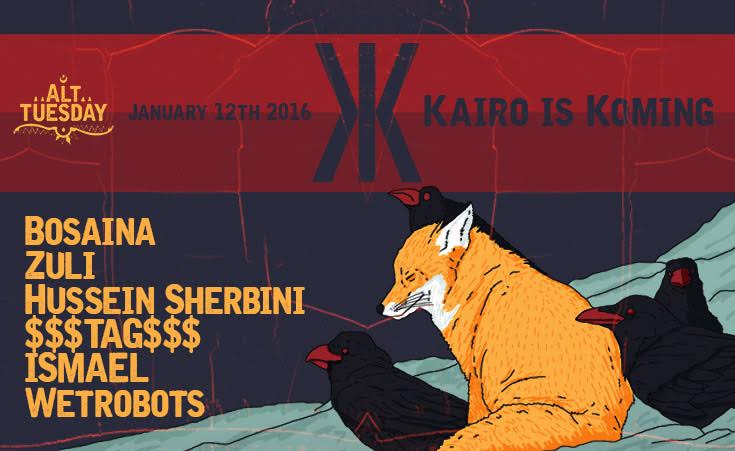 Kairo Is Koming, - abbreviated into KIK - is an Egyptian musical collective made up of Bosaina, $$$TAG$$$, Zuli, Ismail Hosny, Hussein el-Sherbini, and Nader Ahmed. KIK has been active for quite some time and have garnered quite the following at home and overseas - the kids from the collective have actually toured the European continent twice, and are set to make their third round very soon.

CJC being the talent launching platform that it is, has thought to capitalise on the rising star of the KIK collective, inviting the whole group to perform their experimental sound on the CJC stage before they jet off to their European tour. It's a rare chance to catch all of KIK performing on the same stage in Egypt - actually it has only happened once before in Vent - as they often get booked to play gigs as solo artists. So this is your once-in-a-lifetime chance to catch the next big thing, and we're not saying big thing as in Cairo's clubbing circuit kinda artists; we mean a new phenomena that is about to take the world by storm - think Nicolas Jaar six years ago. Don't believe us? Have a listen.