The California Science Center accompanies King Tut on his journey to the afterlife with 150 priceless artifacts. 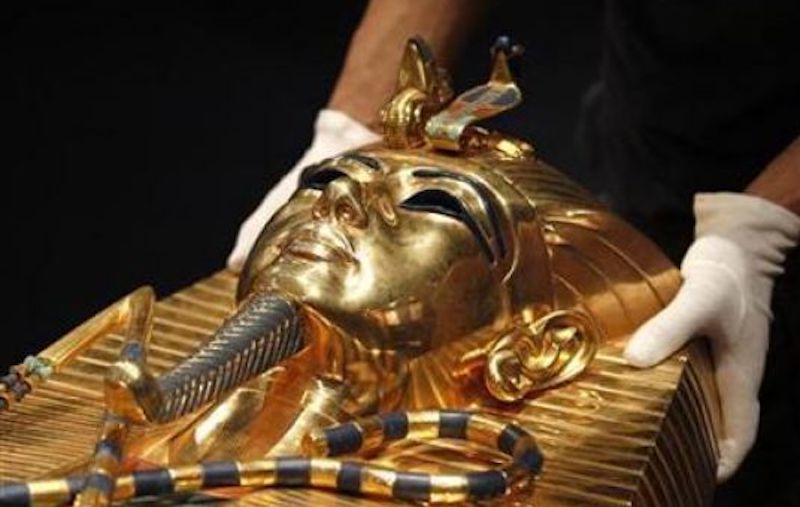 In celebration of the 100th anniversary of King Tutankhamun’s tomb discovery, the California Science Center exhibits - "King Tut: Treasures of the Golden Pharaoh" - the world premiere of over 150 authentic artifacts from King Tut’s tomb - 60 of which have never traveled outside of Egypt before, according to NBC Los Angeles.

The priceless artifacts are leaving Egypt for the first and last time before they are permanently showcased at the Grand Egyptian Museum after the tour is over. The exhibition kicks off this March and will carry through January 6, 2019, before it continues on a ten-city, five-year international run.

From weapons - blades, boomerangs, and arrows - to practical goods – statues, jewelry, and clothes – the treasures that the mummified pharaoh was supposed to take with him to the afterlife have remained behind for the world to witness his glory.

The man of the hour, King Tut won't be able to make it himself as he remains on display in his tomb at Egypt’s Valley of Kings. Taking guests on an immersive journey of the pharaoh’s quest for immortality, the California Science Center raised a little over $1.6 million at the premiere last Friday, according to Los Angeles Times.

“If King Tut was going to tour again, this had to be the tour of all tours”. “You only get one 100th anniversary,” says CSC chief Jeff Rudolph.