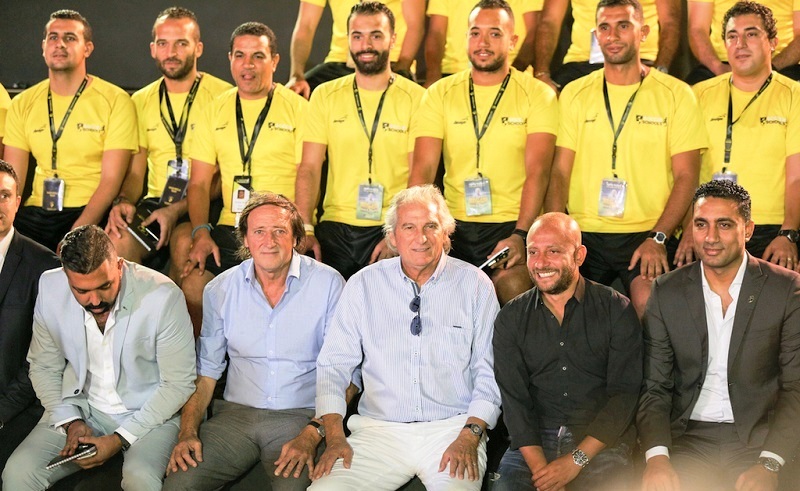 With an astonishing winning record of local, continental, and global championships under his belt, the legendary Portuguese coach Manuel José makes a surprise return to Egypt on a new adventure to become the technical adviser of the prestigious Wadi Degla Soccer Academy, as was announced in a celebratory event at the huge field on the club's premises in Maadi. In the signing event, which was attended by famed sports and media figures, José took to the panel to announce the news joined by Wadi Degla's Chairman Hassan El Mestakawy, who expressed his enthusiasm about the future of the academy under Manuel José's leadership. The event was meticulously designed and decorated to live up to the grand occasion. From the mouthwatering treats from the city's top vendors to the mind-boggling freestyle dance performance by York, the event was nothing short of a truly special occasion.

The announcement comes as a continuation of the academy's strive towards equipping its talented athletes with all the resources they need to excel. With a strong focus on sharpening and enriching young talents, Wadi Degla is already developing generations of internationally-acclaimed athletes. "Wadi Degla Clubs has been always keen on providing both distinctive and exceptional quality sports services. This was initially achieved through our agreement with the Arsenal F.C soccer academy, and now by partnering with the veteran Football Coach, Manuel José who will lift the school to even newer heights. Our ultimate goal is to become a model and a hub for developing generations of skilled football players and champions," says El Mestekawy. Assisting José in leading the academy is the expert Portuguese strength and conditioning coach Fidalgo Antunes, practically giving Wadi Degla Soccer Academy the most experienced and professional leading team a club of its kind has ever had.

Since 2003, Wadi Degla Club has established itself as one of the leading establishments in the sports fields with a solid module of English clubs applied, helped by the expertise of some of the biggest names in sports. The upscale academy has since been cultivating and nurturing generations of young athletes to become tomorrow's champions, a purpose better served with Manuel José on the helm. The football giant also expressed his enthusiasm to be back in Egypt, a country he deeply cherishes, to train Wadi Degla's young generations into future football champions and legends.