On November 7, the Dutch embassy will be turning the streets of Zamalek orange with their Orange Bike Day, which last year saw over 900 participants in the mass cycling event. 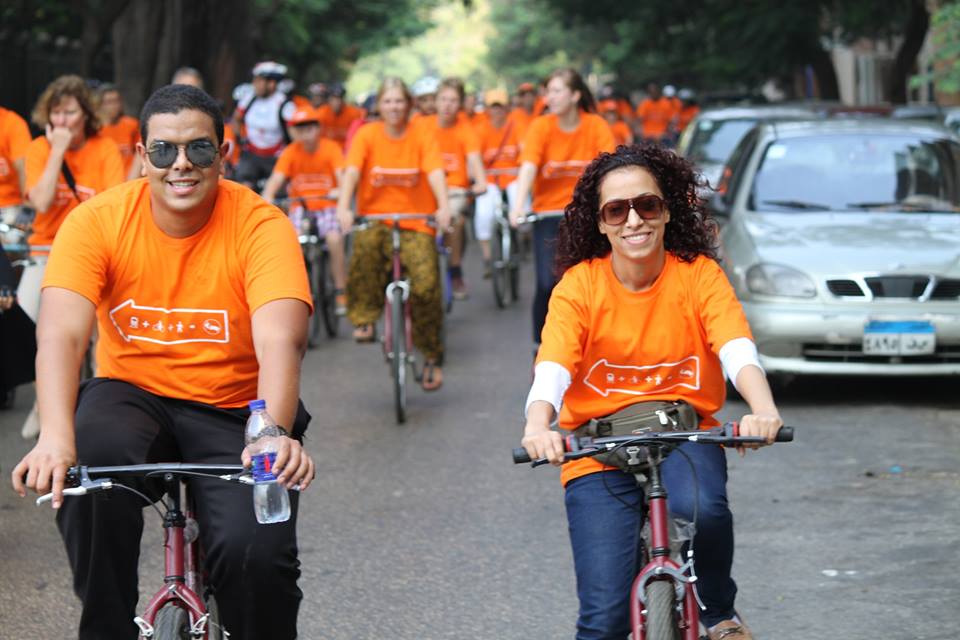 Amsterdam has a population of over 700,000 people, who own over a million bicycles. Needless to say the Dutch take their cycling culture seriously, which is why the Embassy of the Netherlands in Egypt will once again be organizing their annual Orange Bike Day.

Returning on November 7, the Embassy of the Netherlands in Egypt will be holding their third installment of their cycling tour of Zamalek. The goal of the initiative is to promote cycling in this bustling city as a clean alternative to the nauseating traffic-inducing commute by cars.

This memorable event will begin with coffee at 7:45 am, with the cycling tour beginning at 9 am. Departing from the Netherlands Embassy in Zamalek, the tour will travel around the island, returning to the embassy for snacks, drinks, and a number of cycling challenges. In hopes of creating a cycling sea of orange, the embassy will be providing orange shirts for all cyclists participating.

Last year this event was a massive success, bringing together over 900 cycling enthusiasts and effectively reclaiming Zamalek for cyclists. This year they expect an even bigger attendance, hoping to capitalise on the growing momentum, and encourage everyone to come out even if they don’t have a bicycle. Although the embassy will not be providing bicycles for rent, the good folks at Bescletta will be on site renting bikes for the bike-less looking to participate. Considering how many people showed up last year, we highly suggest arriving early if you plan on renting, as Bescletta will only be able to provide a limited number of bikes on a first come first serve basis.

It isn’t every day that Egyptians have the opportunity to come together and safely retake the streets in the name of cycling. Hopefully this event will continue to grow and spread awareness that there is an alternative to travelling in this city, and if you join the movement you will not only be benefiting your health, but also the health of the planet.

To participate please send an email to kai-admin@minbuza.nl confirming your attendance.

To learn more about this issue and cycling culture in Egypt, check out our interview with Ain Bicycle here.

Think of it as Sizzler but make it super casual. [...]