Egypt's government has allowed fans to return to the stands and have issued a 'do's and don'ts' guide for fans hoping to see their Pharaohs reap revenge after Ghana embarrassingly beat them 6-1, ending their 2014 run for the World Cup. 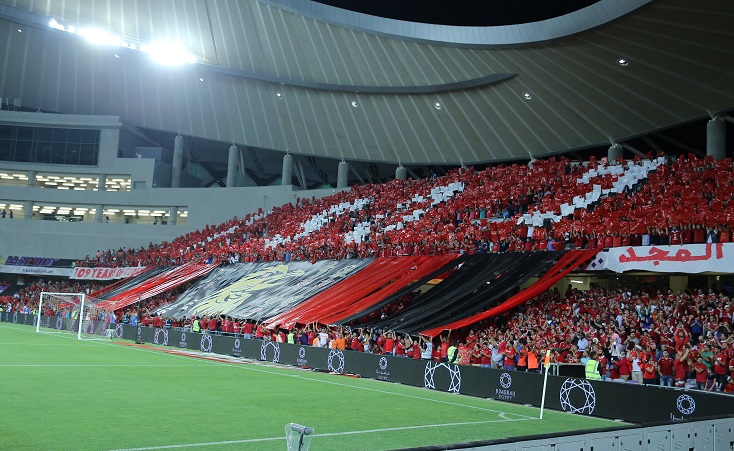 Egyptians are eager and excited to finally be able to attend the highly anticipated match to cheer on their Pharaohs as they look for redemption against Ghana this evening as part of the 2018 FIFA World Cup Qualifier.

The streets will be empty and cafés all across the nation will be filled with football fans hoping that the Pharaohs get revenge for the embarrassing 6-1 loss against Ghana, which eliminated Egypt from the World Cup in 2014. To give the Pharaohs the upper hand, Egypt’s government announced that they will allow between 50-75 thousand fans to attend the match at Borg El-Arab stadium in Alexandria. This marks one of the first times fans will be able to return to the stands since the 2012 Port Said disaster claimed as many as 70 lives.

To ensure the safety of all fans, the Interior Ministry published a guide on Saturday of what to do and not to do for those attending the games. According to the statement released by the ministry, “the police’s task is to secure you, therefore, there is nothing wrong with searching you,” “fireworks endanger you and the people around you,” “rejoice but don’t lose it,” and “be civilised, fanaticism will harm you”.

Encouragingly, Egyptian superstar Mohamed Salah is in top form, netting a hat-trick for Italian club Roma in his last match and being touted as one of the most dangerous players in the Italian Series A league. However, after years of disappointment, Egyptian football fans are being careful with predicting the outcome, as all too often Egypt’s national football team tend to lose games when they are over confident. Although tonight’s match is only the second group game, many are billing it as a decider, expecting the winner to emerge as a contender to qualify for the 2018 World Cup. This match will also prove to be the first real test for their new head coach, Argentinian Hector Cuper, who hopes to be the first coach to lead the Pharaohs to the world cup since 1990.