Putting the Jazz in CJC

This Sunday, after a brief hiatus, Jazz man Ahmed Nazmi returns to the Cairo Jazz Club stage with a team of talented musicians in tow, to re-inject a bit of real music to Cairo's nightlife scene. We talk to the man to find out more. 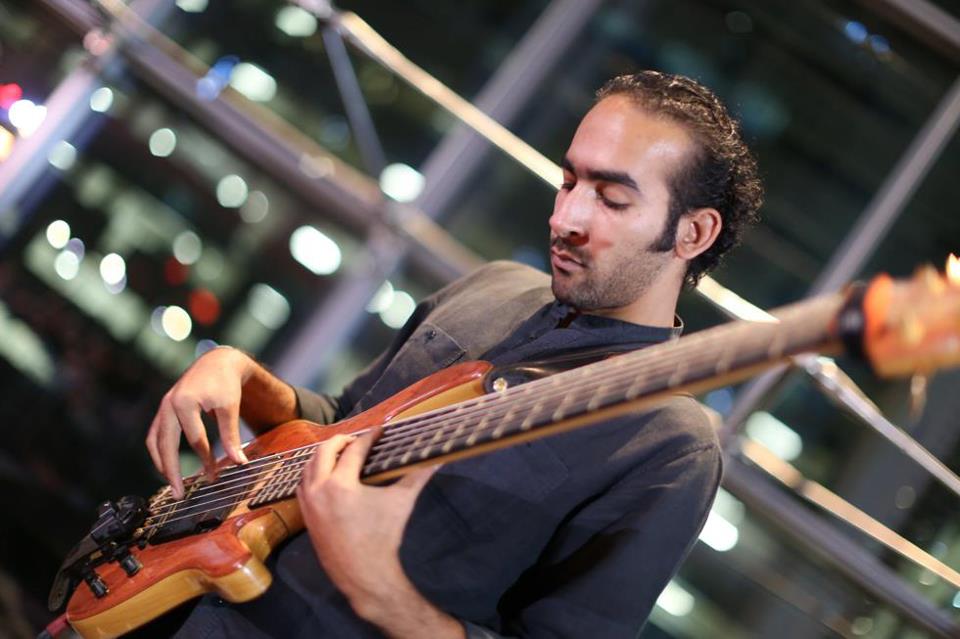 Finding integrity in Egypt's music scene these days is a rarity and unless, you're a regular visitor of venues which have very traditional genres of music on their schedule, you'd be hard pressed to inject some cultural instrumentals in your ears. And, if you're a millennial, more likely than not, you've been sucked into the trap of only going out to listen to 4 X 4 beats, fist pumping House or fast paced Techno. Whether you're a musician or just a party animal, it's easy to forget that the roots of a lot if not most of these genres comes from Jazz. A lot of Techno has been influenced by or directly infused with elements of Jazz. Increasing sophistication in the use of both rhythm and harmony and many of the instruments are still used and sampled in most Dance tracks today.

"There's a richness of the harmonies, and a freedom Jazz has," Ahmed Nazmi, bassist of the Ahmed Nazmi Quartet told us on how he was attracted to Jazz after growing up surrounded by Egyptian folkloric music, leading him to expand his horizons into the likes of Soul, Funk and R& B. The avid fan of Jazz legends like Herby Handcock and Keith Jarret is part of a rising Jazz scene here in Egypt who are banding together to try to revive the genre and introduce it to a wider audience, which is proving to be no mean feat. "I don't think Egyptians generally accept it because it is so far from what they're used to but I think they can appreciate what we call Jazz standards; Jazz mixed with other genres."

Nazmi has recently returned from a stint in Amsterdam, performing with a group of African musicians and he’ll be bringing a taste of Africa when he performs at Cairo Jazz Club this Sunday. You can expect an energetic performance from what will, in fact, be a quintet featuring Mohamed Refat on drums, Wael Sayed on accordion, Nader Shaar on Kwela and Sherif Alaa on guitar, influenced by a lot of Nazmi's in Egyptian Folk-based upbringing.

You can catch Ahmed Nazmi perform with his group this Sunday 19th January, at Cairo Jazz Club. Book online at www.Tazkarty.net