Bringing together pioneering musicians from across the Middle East, Red Bull Music Academy's Quarter Tone Frequency hits Cairo next week, teaming up with Nacelle to showcase local and regional talent. 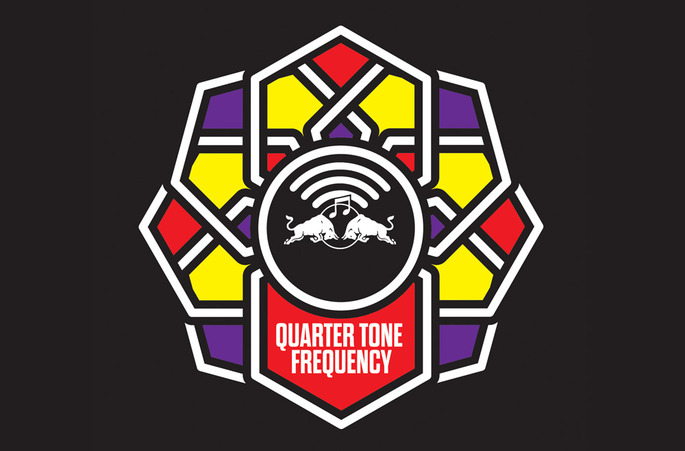 Red Bull have always have always been known to push the envelope, go where no man has gone before, live on the edge and basically do anything that wouldn’t seem out of place narrated by echoed adjectives like “EXTREME” and “NITRO (Nitro…Niiitro)”. If we had to let one multi-national drinks company with too much money than they know what to do with to touch our underground music scene, it would certainly be Red Bull. And having explored the world’s soundscapes and scenes since the Red Bull Music Academy’s inception back in 1998, they’re delving further into the region’s burgeoning and diverse underground music scene with Quarter Tone Frequency. The project aims to bring together the brilliant emerging talent coming out throughout the Middle East from places like Jordan, Lebanon, Egypt and the U.A.E because, you know: “peace in the Middle East” and “united we stand, divided we fall” and “sales in the MENA region this quarter are through the roof, let’s get in there”… that kind of thing. For their second stop on the QTF tour they’re teaming up with Nacelle, of we-made-partying-fun-again fame, for a concert/party at the Temple on Thursday, 14th of November. We’re sure the eclectic line-up will guarantee an inspiring and undoubtedly dance-filled night for anyone who goes along.

First up are the Dust Collective from Dubai, a DJ duo who’ll be kicking off the night with an eclectic set full of Funk. They’ll be followed by Jadal, an Arabic Rock band from Jordan known for having huge onstage energy. Check out their Abd Al Halim Hafez cover below…

Then it’s a chance to add a bit of Egypt into the mix as Cairo’s favorite Deep House producers FullTone add to the Quarter Tone Frequency fun with their banging beats, accentuated with soulful guitars and harmonicas.

Finally, an outfit we’re really looking forward to are Wanton Bishops, a Blues, Rock and Indie outfit from Lebanon who have been making a big name for themselves on an international scale recently.

And of course, no event in Egypt would be complete without the familiar MCing of Safi!

Tickets will be available for pre-sale on Monday 11th November at the Temple Box Office. For more Information call 01020701701.