Saudi Man Stabs Egyptian Bouncer in the Back

A Dubai nightclub was the scene of what prosecutors are calling attempted murder after an underage Saudi Arabian purchased a knife and injured a bouncer after he was denied entry. 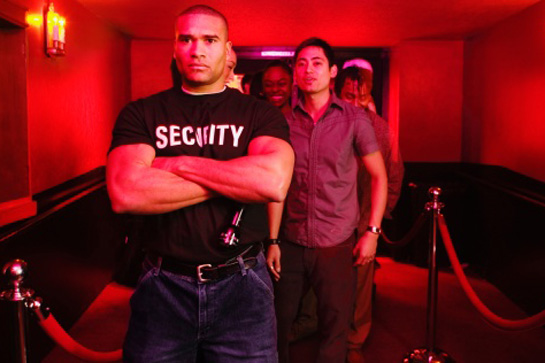 A situation escalated very quickly in Dubai last night as an Egyptian bouncer whose name has not been released to the public was stabbed in the back by a Saudi Arabian man. This kind of brings back memories of 1958 when Saudi Arabia tried to backstab Egypt when King Saud gave £1.9 million to the head of Syrian intelligence to secure the assassination of late president Gamal Abdel Nasser, but that's neither here nor there...

Anyway, after the 20-year old Saudi suspect whose name has also not been released was denied entry to a club for being too young, he deliberately went out of his way to the nearest grocery store to purchase a knife, returned and literally stabbed the 26-year old bouncer. This guy has some demons in his closet..

One of the employees, who was also Egyptian, has stated that when denied entry, the Saudi man went into a rage and started firing curses at the security team, as his friends tried to calm him down. Upon hearing a scream from a secretary, he turned and saw the man on top of the bouncer pulling the knife from his back.

The Saudi man is awaiting trial and prosecutors have called this attempted murder but the Saudi man denies that charge. Let’s see how this pans out.