Amir Eid, Mahmoud El Esseily, Hana Ghoneim and Abu are in for a big night and they'll be joined by three mystery guests... 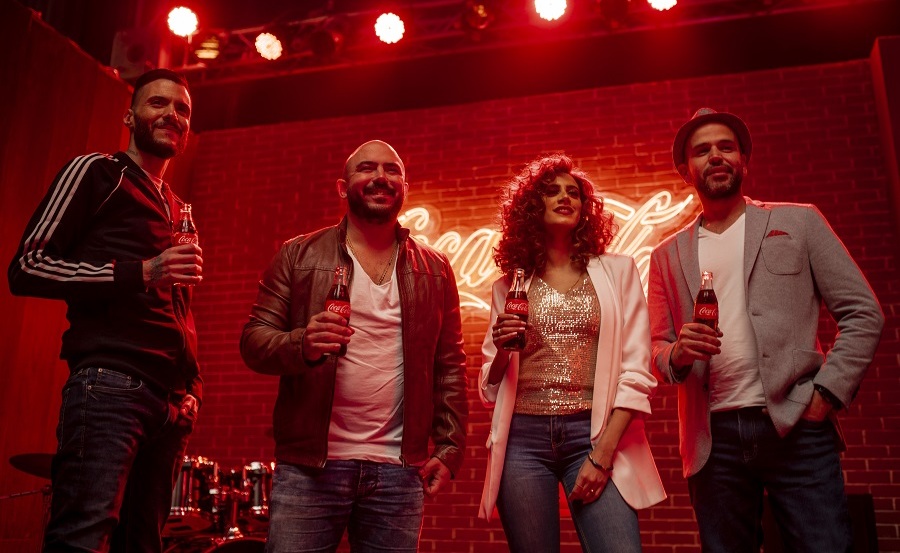 What do Amir Eid, Mahmoud El Esseily, Hana Ghoneim and Abu have in common? On the surface, they’re some of Egypt’s biggest music stars, they can all boast huge fanbases across the Middle East and they’re generally just all quite cool human beings – and they all, of course, have been a part of Coca-Cola’s latest song and campaign Coca-Cola Bet2olha Ezay? (Call it Coca-Cola).

But beyond the viral hit, there’s actually more at play here. While the foursome make for an unlikely grouping, Coca-Cola is set to host huge concert on Thursday 25th of April at Al Manara in New Cairo with all four.

While things are hush-hush right now, the three-stage setup suggests that something interesting is brewing – all we know at this point is that that three mystery performers are also set to join them on stage.

Who are they? Why is there a runway connecting the three stages? What (or who) is it that connects Eid, El Esseily, Ghoneim and Abu?

The whole nation holds its breath in anticipation…

In the meantime, get your tickets now for this unique, perfect musical experience ponder these mind-bending questions later.