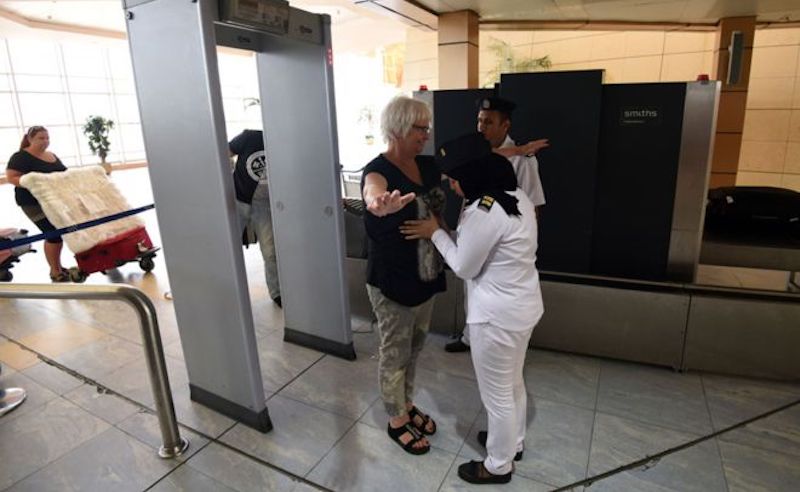 There are an endless amounts of possible security threats at any airport, and with the state of things in the world, airport security screenings are at their most vigorous. But of all the possible threats airport security should be looking for, who knew tampons could be one of them?

BBC journalist Claire Read learned the hard way that tampons are a no-no while traveling through Cairo recently. Writing about her experience for the BBC, she described how she was going through security screening at Cairo airport, unaware that she had a tampon in her pocket and a whole box-full of them in her luggage. While being patted down by a female security guard at the airport, the guard felt the tampon, which Read describes as bullet-shaped, in her pocket.

What ensued can only be described as hilariously tragic, as Read tried to explain through her embarrassment that this little item is used by women on their periods. But Read’s embarrassment didn’t end there, as the guard pushed Read to explain exactly how this alien contraption is used.

Producing the box from her suitcase to allow the guard to read the instructions, Read was promptly told that the box of tampons would now have to be scanned separately, obviously for fear of Read trying to smuggle miniature-sized lighsabers onto her flight.

While the whole situation is more than slightly amusing, it does highlight a dangerous reality: the men and even women of this country are painfully undereducated about the female body. However, there is a silver lining; before heading off to continue the rest of her airport procedures, Read discovered she had turned the female guard to the dark side, as the guard apparently asked her if tampons were sold in Egypt.