Cairo Jazz Club are bringing back the unmistakable Tarabband playing the kind of music that gives you goosebumps this June 9th... 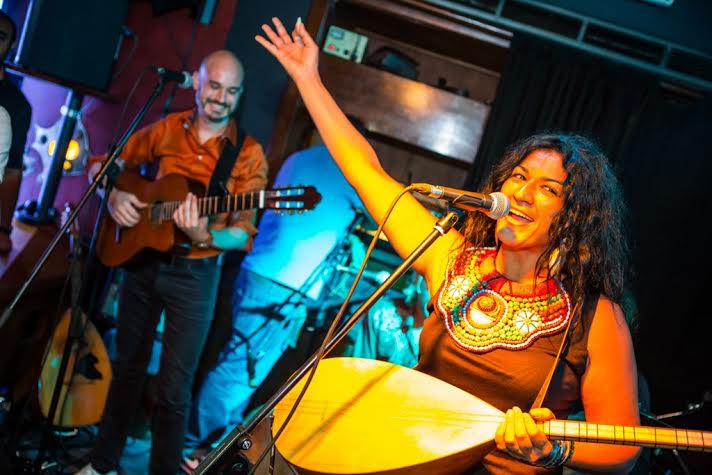 A fusion of folk, alternative and profound vocals ignite the melodies of Tarabband. A melting pot of melodies, the Swedish band meld Arab sounds with Scandinavian rhythms. Rich in variety, the band succeeds in producing a unique sound that is not your average radio track. Vocalist Nadine Al Khalidi with her mountainous vocals brings along her experience having fled the Iraqi war, and taken refuge in Sweden, has succeeded in putting together a band prominent in character.

Cairo Jazz Club will be hosting the one of a kind band this June 9th, remaining loyal to their goal in bringing us music as it should be: rich, meaningful and entertaining. Tarabband succeeds in putting a twist on traditional Tarab (Arabic word for ecstasy through music) which isn’t just a musical term but a concept where music is used to elevate you, linking musicians with their audience. Tarab does not dominate the tracks however as the cocktail of jazz, Swedish folk and flamenco take up a role as well.

The track Kalam brings to life their musical philosophy by transforming you to a scene from Arabian nights set in the forests of Scandinavia.

Yasmin is another track that embeds the concept of Tarab. The use of drums and rhythm in the track builds up a sense of urgency and a crescendo of emotion which we can’t wait to experience live.

Check out the event here!