LaidDaze put devil in the detail when it comes to the underground scene in Egypt; raw, edgy and with the world's biggest names in House. We check out what's in store for the season finale of Back in the Daze this June 4th. 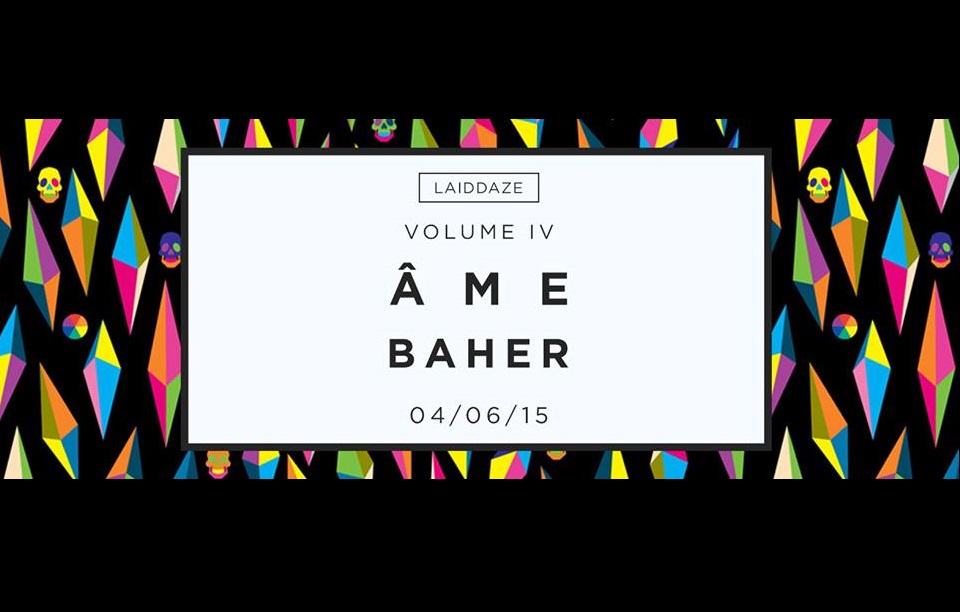 We can all agree that we need variety for Egypt’s nightlife. We mean sure, you have great parties but where, oh, where is the innovation and the variety of it? Hence, we welcome with open arms and glasses up the concept of LaidDaze. Committed to their love for music and their mission of developing the underground scene they bring to Cairo one of the biggest bookings we've seen in an while Âme. The German duo, AKA Kristian Beyer and Frank Wiedeman, according to Resident Advisor, are the among the top acts in the world, and Beyer will be bringing on their Detroit-influenced Deep House on the 4th of June atthe Omar Khayyam boat.

The double threat duo are not your average House duo, upping the standards with their innovative sets, showing us what real underground music sounds like. And who better to give us a real taste than the those who have pioneered it themselves? Since its inception in 2005, Âme's own electronic music label Innervisions has been spearheading the Deep House scene with hit release after hit release.

To warm your heart up, Cairo favourite and underground hero DJ and producer Baher, will be kicking off the memorable night. You never know what he’ll be bringing to the table seeing that he does not restrict himself with a specific genre, but instead focuses on the mood and the moves of the crowd.

The LaidDaze series of underground inspired soirees have proven more than successful so far, and with their ear for great bookings and know-how in how to get the crowd grooving, this season finale is as filled with anticipation as the next episode of Game of Thrones. So get ready to get moving until next time... wherever that may be.

Find out more about LaidDaze here.