A mannequin on display in a bridal store in Chihuahua, Mexico is widely believed to be the preserved body of the dead daughter of a previous store owner. 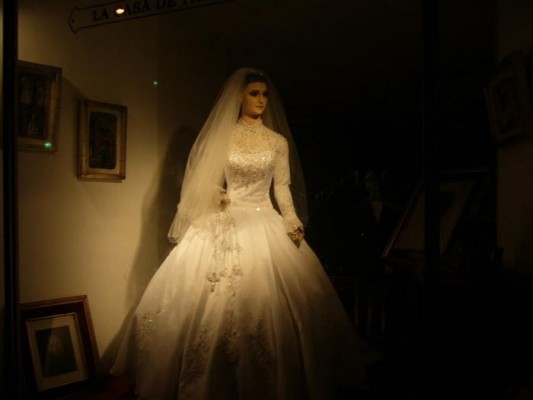 Legend has it that in the little town of Chihuahua in Mexico, an infamous mannequin nicknamed La Pasqualita, which has been on display in a small bridal store for over 80 years, is actually the preserved body of the daughter of a previous owner of the store.

It is widely believed by locals that the mannequin, which bears uncannily lifelike features, is actually a dead body. The mannequin was first put up for display on March 25, 1930, and soon after, locals noticed a remarkable resemblance between the mannequin and the owner's daughter, Pascuala Esparza.

Pascuala had died a short time earlier on her wedding day, having been bitten by a Black Widow. The striking resemblance, and the timing of the appearance of the mannequin contributed to the widespread belief among locals that the mannequin is in fact the daughter's corpse.

The store window, and the urban myth surrounding it, has since drawn countless spectators over the decades, who all marvel at its highly realistic features and the story behind it. The mannequin is accompanied by its own set of rumours, with some having claimed that they have seen it move or blink.