Leaving Egypt as a child, Moawia Eldeeb could hardly go to school because he had to work with his father at a pizza restaurant in New York. But a stroke of (bad) luck that left him homeless would ironically change his fate, and begin an entrepreneurial journey. 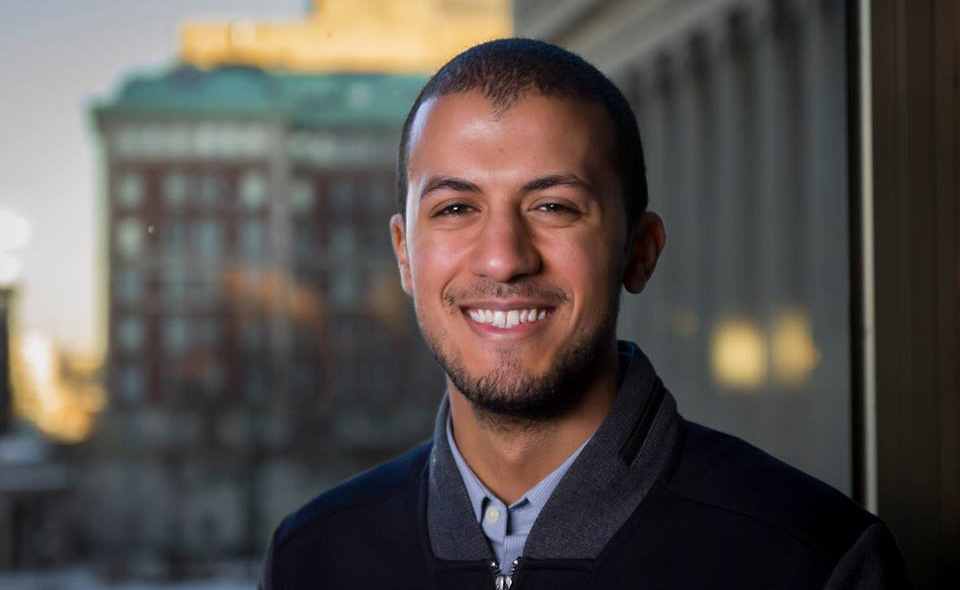 The powerful story of an Egyptian immigrant who struggled through his youth as his family was forced to leave their homeland, yet climbed his way to founding a million-dollar startup, has been making waves as US-based Upworthy shed light on his story in a touching video.

Moawia Eldeeb was only a young child when he left Egypt. “My brother was born with a very, very rare medical condition, so he can’t sweat. If the temperature gets really high, he will get a seizure and die,” he says. The conclusion was obvious: Eldeeb could not live in a country with temperatures as high as Egypt.Having resettled in New York, Eldeeb helped his father work at a pizza restaurant and was hardly able to go to school. But, when he was eight years old, his family was hit by another blow: a fire burned down their entire apartment and they had to move to a homeless shelter. Rising above the challenge and defying the odds, he decided to give school another shot.

Eldeeb's path – from high school to a scholarship at Columbia to learning coding at Robin Hood Foundation – took him through an unfathomably inspiring entrepreneurial journey that saw his name making headlines at TechCrunch and featured in Humans of New York. His startup, SmartSpot – which creates smart mirrors for gyms that correct exercise positions, track progress, and record workouts – is now valued at $7 million.