This is The First Professional Egyptian Sumo Wrestler

From humble beginnings to global recognition, Abderahman Shalan's adventure into the world of Sumo wrestling is quite the story. 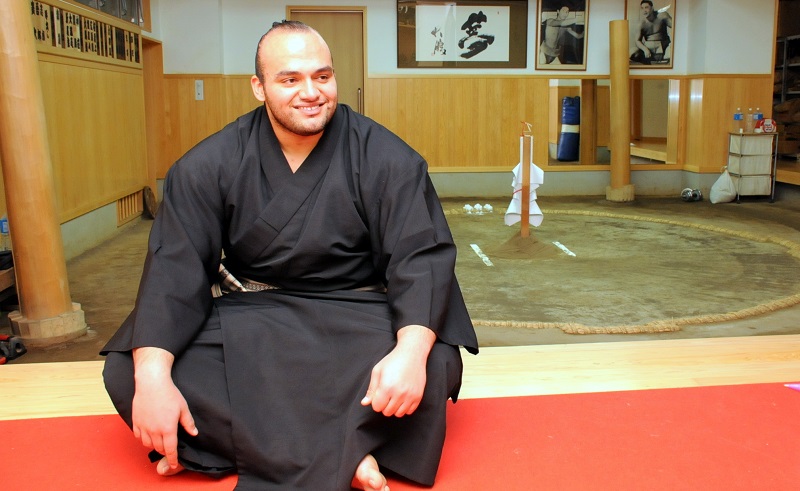 When you think “Sumo Wrestler,” you usually think of massive, determined Japanese men in traditional garb, doing their best to topple the other guy in a ceremonial ring to the cheer of many a sumo enthusiast. You don’t, however, associate any of that with Egypt, not readily at least.

That’s why it’s pretty spiffy to hear about Abdelrahman Shalan; the world’s first professional sumo wrestler to ever come out of the African Continent, adopting the name Ōsunaarashi Kintaro, which (fittingly) translates to “Great Sandstorm.” Born in the governorate of Dakahlia in February of 1992, Shalan had a knack for all things bodybuilding, and after being overtaken by wrestlers half his size and some guidance from an acquaintance, he was turned onto the world of sumo at the age of sixteen, where he competed in multiple tournaments in Estonia and Bulgaria.

Eventually, he had to return to finish his university education, but his drive to pursue his passion in being a true Rikishi was too strong, and he made his way to Japan on a quest to better himself, and after many tries with many sumo stables, he was accepted into Ōtake-beya, where he learned perseverance and discipline through doing various chores around the stable, and it paid off, seeing as he’s now their most prominent and endearing champion.

Ōsunaarashi managed to get to some impressive heights, all while maintaining his Muslim beliefs, avoiding the consumption of pork (a major component of a sumo’s diet) and beer, as well as maintaining his fast during Ramadan and enduring intense training and tournaments. We won’t go too far into his legacy, but that’s something we encourage you, dear reader, to do, his story is pretty inspirational to say the very least.

Ōsunaarashi is now Egypt’s tourism ambassador to Japan, where he managed to cultivate touristic interest in the country and increase Japanese tourism by almost fourfold, as well as starting a documentary about the many monuments and sights of Egypt.

Photo from The Japan Times.