The UK’s Ministry of Arts & Heritage is waiting for bids on the statue to help pay for its export licence. 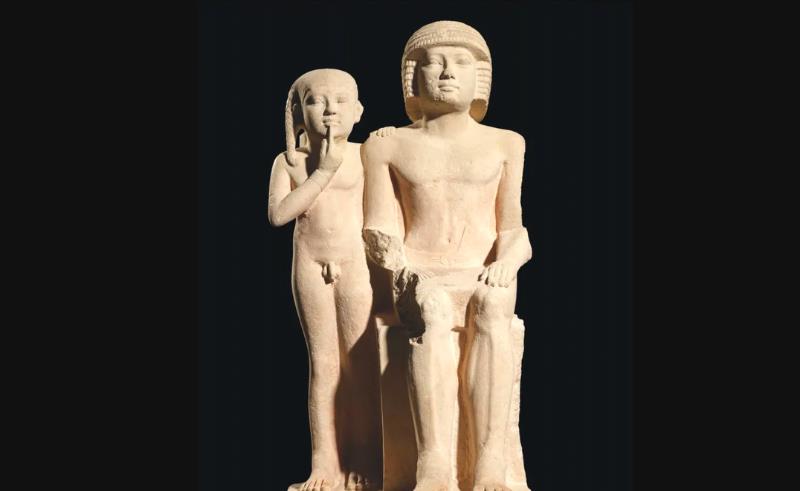 The British government is looking for buyers to help them keep a rare 2,400-year-old sculpture from ancient Egypt, which was once part of King George III’s collection.

The limestone statue was originally brought to the UK by Sir James Porter while he served as ambassador to Constantinople between 1746 and 1762. The artefact has since remained in the United Kingdom due to a regularly paid export licence. However, the licence is due for renewal on May 18th, 2023.

The Kingdom’s Ministry of Arts & Heritage is currently waiting for offers from public organisations, including the British Museum, to make a bid for it, but no one has responded yet. The statue is worth GBP six million, which is roughly EGP 220.6 million.

The statue depicts a priest of the snake god Wadjet alongside his young son. The 64-centimetre-tall statue's hieroglyphic inscription reads that the priest depicted served as the king's agent in Nubia, an area south of Egypt that was partially colonised. The statue originally included a sculpture of the priest’s wife, however it had been broken away from the statue long ago.

The Reviewing Committee on the Export of Works of Art and Objects of Cultural Interest, which is run by Arts Council England, argued that the artefact should be kept in the UK, and advised the Secretary of State for Digital, Culture, Media, and Sport to make calls for a buyer.