It seems like Egypt really is the land that keepa on giving, as archaeologists uncover yet another tomb, leading to the discovery of a previously unknown dynasty. 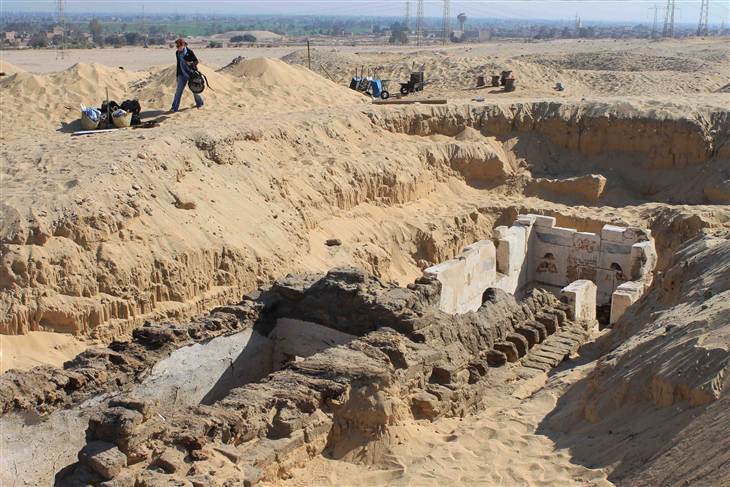 Breaking news out of Egypt and guess what? It has nothing to do with our glorious new constitution.In the southern city of Sohag, a team of archaeologista led by Josef Wegner, have not only unearthed a new pharaoh but a previously unknown dynasty.The pharaoh’s name, Senebkay, was found inscribed on the wall of a burial chamber that was found adjacent to King Sobekhotep I. The new tomb is believed to be 3,650 years ago placing it during a second intermediate period of Ancient Egyptian history, when several rulers were vying for power.

"We discovered an unknown king plus a lost dynasty," Wegner explains adding. "It looks likely that all of the 16 kings are all buried there. We now have the tomb for first or second king of this dynasty. There should be a whole series of the others.”

He compares the find to what it must have felt like for Howard Carter and his discovery of King Tutankhamen' tomb. "It was a little bit like King Tut, in that we found the entrance first and it led us down to a burial chamber. We reached a painted limestone chamber with cartouches and the titular of a pharaoh. ... In Abydos there is lots of sand, and everything is deeply buried. You can dig day after day, and then this….We were standing there looking dumbfounded at the colourful wall decoration.”

The tomb appears to have been raided, but the most telling discovery is the fact that burial chest seemed to be made up of reused wood. The recycling of materials from a previous reign and the relatively rustic artistry suggests that there was a lack of stability and wealth during the time of his rule.

It isn’t very often that a whole new dynasty is discovered, and when the excavation resumes in the spring, there will likely be a treasure trove of other tombs."Where there are king’s tombs, there are also queen's tombs, and tombs of high officials of the royal court,” adds Wegner. As always, we here at CairoScene will keep an eye out, and promise to update our readers as the discoveries roll in. 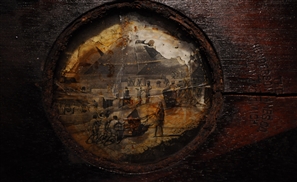 A new fantasy Pharaoh-themed television series will be filmed in Egypt and will [...]
Week Month Year