VIDEO: Incredible Footage Of The Egyptian Miss World of 1954 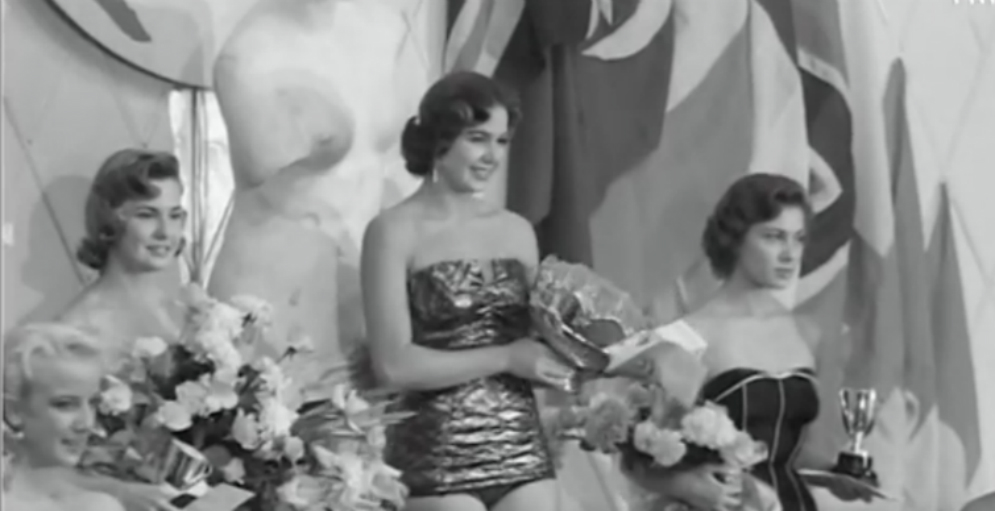 Egypt in the 50s: Gamal Abdel Nasser is president; it's the country's 'golden years'; Cairo was one of the fashion capitals of the world. During that decade many Egyptian designers flourished, one of which is Antigone Costanda, a Greek-Egyptian, designer, model, and beauty queen. In 1954, Costanda won the Miss World competition. No surprise there, the young lady was fluent in five languages and was a perfect specimen, if one ever existed! A video of the crowning ceremony from the Britsish Pathe collection gives you a sense of the glamour of the fifties, and a good laugh!