Video: 5 Egyptians Throw Rocks at Monkeys in Alexandria’s Zoo after Breaking into their Enclosure 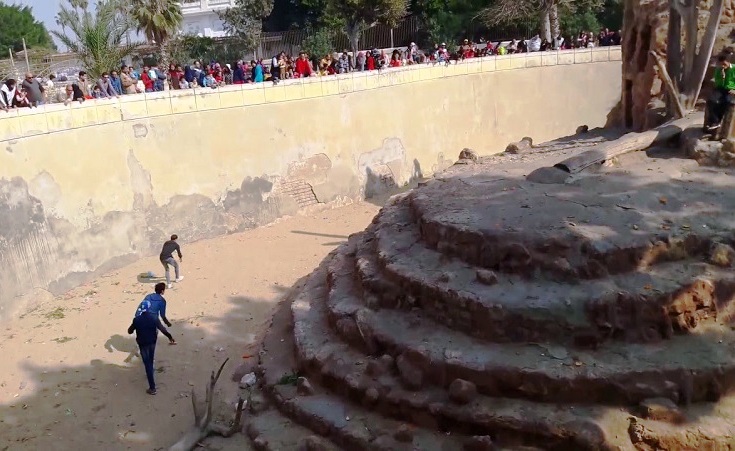 A video has emerged on Egyptian social media timelines showing five guys climbing down the monkeys' enclosure at the Alexandria Public Zoo and chasing the monkeys around while throwing rocks at them. The incident reportedly took place last Friday in sight of the Zoo's security personnel causing outrage and highlighting the lack of necessary protection for Egypt’s zoo animals.
In a phone interview with Sada El Balad on Friday, Iman Mokhaymar, Alexandria Zoo's manager, assured that she has taken legal measures against the violators as soon as she was informed of the incident by the zoo's security.

Laws in Egypt prohibit the harm or abuse of animals, with exotic zoo animals supposedly receiving extra legal protection from authorities, despite them consistently failing to do so.